Dipak Dey alleged that the BJP government is anti-Bengali 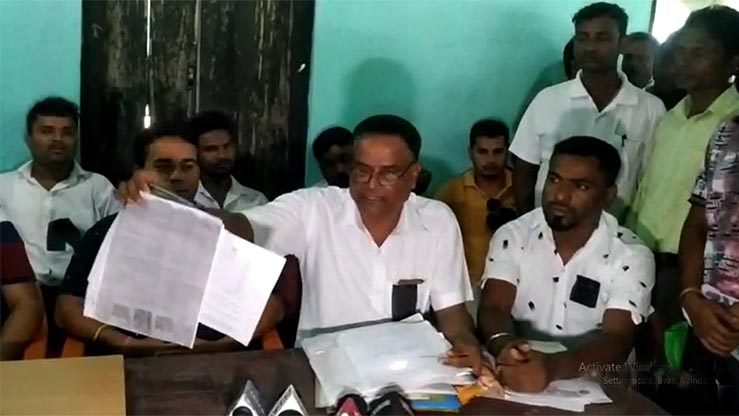 The All Assam Bengali Youth Students’ Federation (AABYSF) on September 1st, 2019, claimed that around 12 lakh bonafide Bengali Indian citizens’ names have been excluded from the final National Register of Citizens (NRC).

Addressing a press conference here in Tamulpur in Baksa district, the president of the federation, Dipak Dey said, “The final NRC excluded 12 lakh original Bengali citizens despite they provided relevant linkage documents. It is really unfortunate.”

Slamming the Bharatiya Janata Party-led Assam government, Dey said, “The Assam government is anti-Bengali. It has been striving to clear out the Bengalis from the state politically.”

He further said that the Bengali community is an integral part of the greater Assamese community. “The greater Assamese community will be weak if the Bengalis are cleared out from the state,” Dey said. Besides, he urged the government to take the matter earnestly for the inclusion of the original Bengali citizens. The activists also wore black badges showing their opposition to the published final NRC.

The Bharatiya Gorkha Parisangha (BGP) on August 31st, 2019, claimed that the final NRC excluded more than one lakh people belonging to the community. The BGP president Nityananda Upadhyay said that the NRC was not on the expected lines.