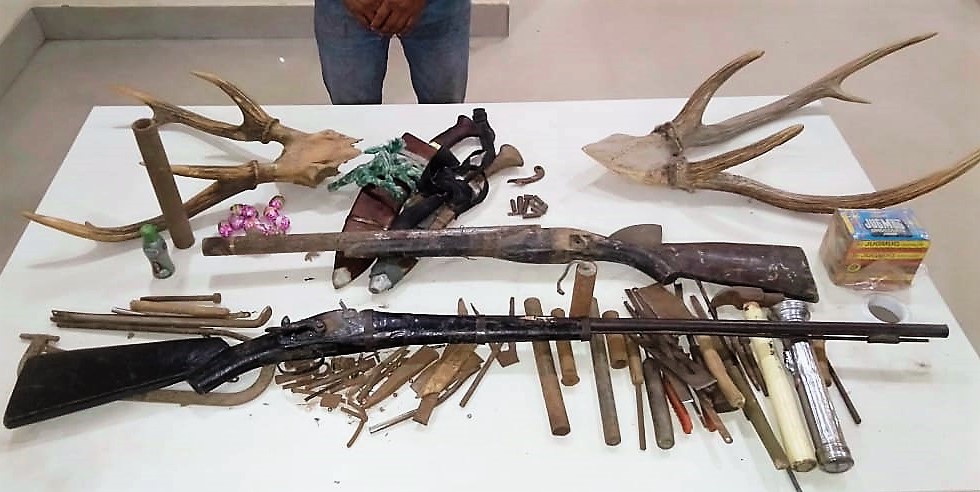 Acting on a tip-off, a joint team of the state police and the Sashastra Seema Bal raided the house of one Batmol Daimari in the Tila Garobasti area around 11 pm on February 14th, 2020 and seized weapons to kill wild animals.

Police also arrested one Daburam Boro arrested based on Daimari”s statement during interrogation.

Daimari told police that he bought the weapons Boro of Nepalibasti area along the Bhutan border to kill wild animals.