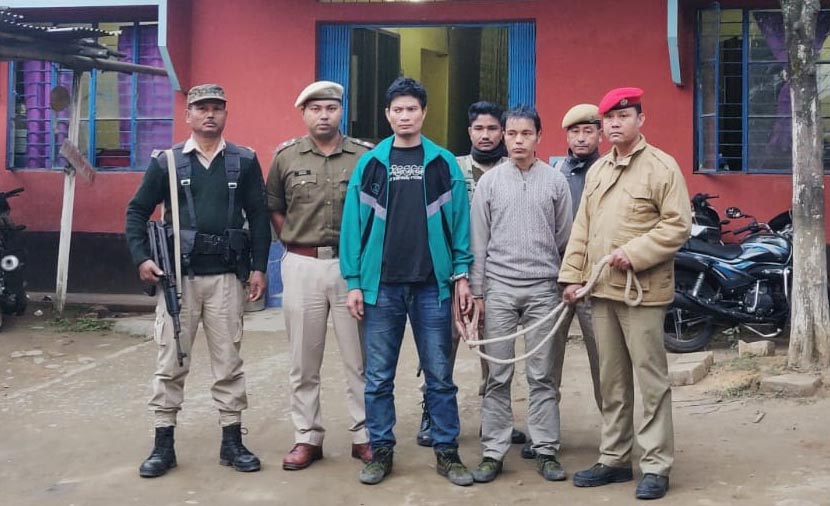 The Charaideo police on January 30th, 2020, arrested two United Liberation Front of Asom-Independent cadres suspected to be involved in the Teokghat IED blast on the Republic Day.

“Manas joined the outlawed organisation in 2009 while Lakhi joined in 2017,” a press communiqué stated. Police recovered one 5.56mm AR HK33 with 33 live rounds and 2 Magazines from the possession of the cadres.

“The cadres were part of the crack group led by Apurba Gogoi alias Arohan Asom which is suspected to be behind the Serial Blast on January 26th, 2020 in Dibrugarh and Charaideo Districts. There were recent inputs of them being seen together near the Assam – Nagaland – Arunachal Pradesh border areas,” the press communiqué stated.

The cadres were arrested after initial interrogation by 244 Fd Regiment of Indian Army at their Sapekhati COB today at about 2 pm in connection with a case (No 16/2020) under sections 120B, 121 and 121A of the Indian Penal Code r/w Sec 3 of ES Act and Section 10/13 of the UA(P) Act lodged with the Sonari police.