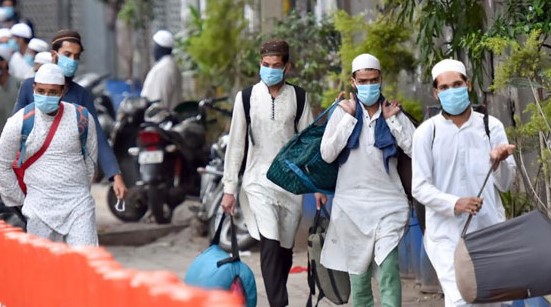 Five people from Meghalaya had participated in the religious congregation in Delhi’s Nizamuddin area, which has now emerged as the biggest coronavirus hotspot in India.

Over 2,000 delegates, including from Indonesia and Malaysia, attended the religious convention of Tablighi Jamaat from March 1st-15th, 2020, in the Nizamuddin West area in Delhi.

While many left, a large number of people continued to stay at the Jamaat’s ‘Markaj’ (Centre) even after this period.

Meghalaya Police has urged the people who had attended the Nizamuddin Markaz congregation to voluntarily report to the nearest hospital.

The district administrations across the state have been directed to find out if these people have returned to Meghalaya. The returnees will be quarantined if they are in the state.

On the other hand, 299 people from Assam were present in and around the hotspot near Nizamuddin Dargah.

Assam government is now in possession of a list of 299 persons who were present in and around the hotspot near Nizamuddin Dargah.

The Assam government had directed the medical and health department to trace the persons who returned from the national capital and their contacts.