Top 8 Desi Drinks You Must Try While In Northeast 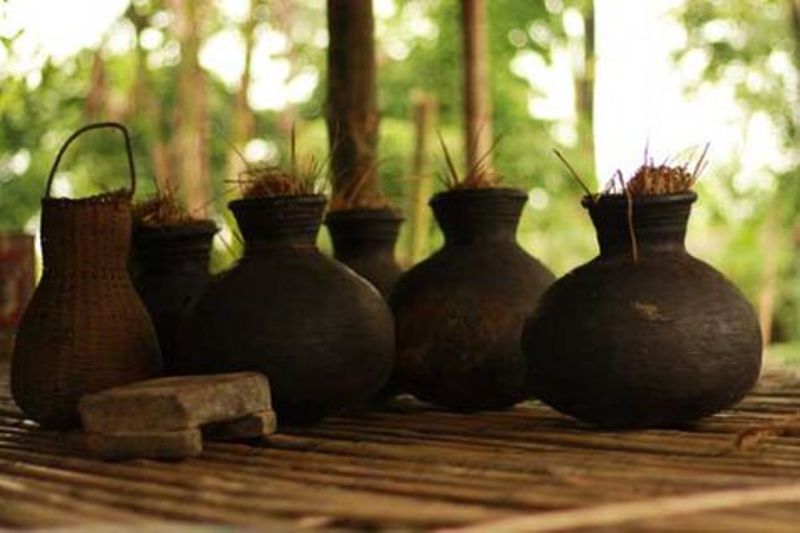 The Northeast of India is one of the most diverse and vibrant regions of the country and the people here are mostly dependent on cultivation. Rice being the staple food, the inhabitants love to indulge in rice-based heritage brews prepared through the traditional process.

These local beverages basically prepared at home with herbs and spices are a main part of the tribal food. Its aroma which has the authentic indigenous touch has been working magic. These drinks have different names in different parts of the region.

Here we have roped in eight popular home-made brews from the eight states of Northeast where the people here consume it during rituals, festivals. Have a read.

As they say, when in Assam do it like the Assamese. Apart from the exotic food which the state has to offer, indulge yourself in the local brews.

‘Xaj’ is a rice-based traditional alcoholic beverage and has been an integral part of the Ahoms. The drink has varied names among different tribes in the state from ‘apong’ to ‘haria’, the main ingredient here is the ‘fermented rice’.

This hill state apparently knows to enjoy life to the fullest with authentic cuisine and of course, locally brewed alcohol. Kiad is a rice-beer generally prepared during the festivities of the Khasis and the Jaintias. The drink which holds the cultural significance of the people contains 70% of alcohol and celebrations are incomplete without this tasty beverage.

Another local drink relished in Meghalaya is Bitchi. It is a fermented rice beer generally prepared at the Garo households.

‘Chhaang’ is one of the most popular alcoholic brews of Sikkim. The Lepcha community offers the drink during religious ceremonies and is prepared from either barley, rice or millet.

This drink is known as Tongba in parts of the Himalayan states.

Like the rest of the states, Tripuris too have their authentic variety of alcoholic beverage and celebrations are incomplete without Chuwarak or  Chuwak Bwtwk.

People love to enjoy both Chuwak Bwtwk and Chuwarak. The former is a rice beer and Chuwarak is a distilled variety of alcohol. The main ingredient of these beverages is ‘Chuwan’.

Nagas love to relish Zutho, a fermented drink obtained from rice. Including the Angami Nagas, the local brew is consumed by all Naga tribes in the rural regions of Nagaland. The drink contains around 5% of ethanol and has a fruity aroma.

Apong is an organic wine made of millet and plays a vital role among the Nyishi tribal community in Arunachal Pradesh. It plays a key role in the traditional. It is generally distributed in a bamboo shoot.

The ‘Sekmai’ is a type of indigenous rice beer considered a specialty among the Meiti community of Manipur. The local drink derived its name from a Manipuri village located in the Imphal West district named Sekmai.