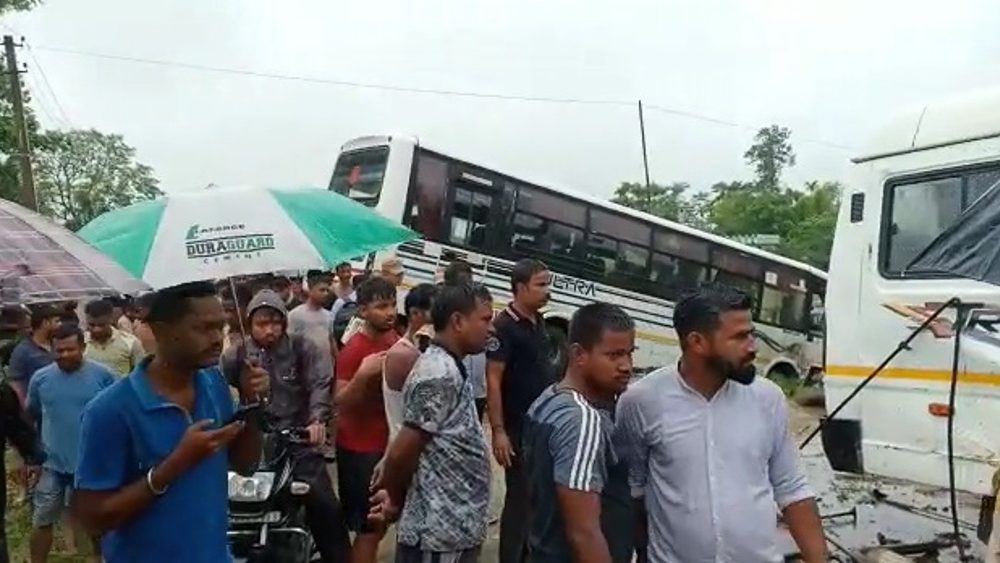 At least nine persons died on the spot and over 15 persons sustained serious injuries after an ultra bus bearing registration no AS 05 C 5999 with 45 passengers on board collided with a traveller vehicle coming form the opposite direction at Demow tehsil in Sivasagar District of Assam on September 23rd, 2019.

As per initial reports, the bus was moving towards Dibrugarh town from Sivasagar when it skidded off the road and rammed into a Jorhat bound traveller along the National Highway 37 today morning. Most of the deceased were inside the traveller.

Although the injured were immediately rushed to the nearest Primary Health Centre, they have been referred to Dibrugarh for better treatment.

Police teams have reached the spot and are investigation the matter.

Meanwhile, the locals have alleged lackadaisical attitude of the government for the pathetic road conditions.

“The highways along the Demow-Moran section have been taken up for four-laning and due to which most of the roads are left half dug, this has led to increase of road accidents,” said a local.