90 Stations Under NF Railway Have Been Developed As Adarsh Railway Stations: Piyush Goyal

A total of 1149 out of 1253 identified stations have been development under the Adarsh Station Scheme across the country so far: Piyush Goyal 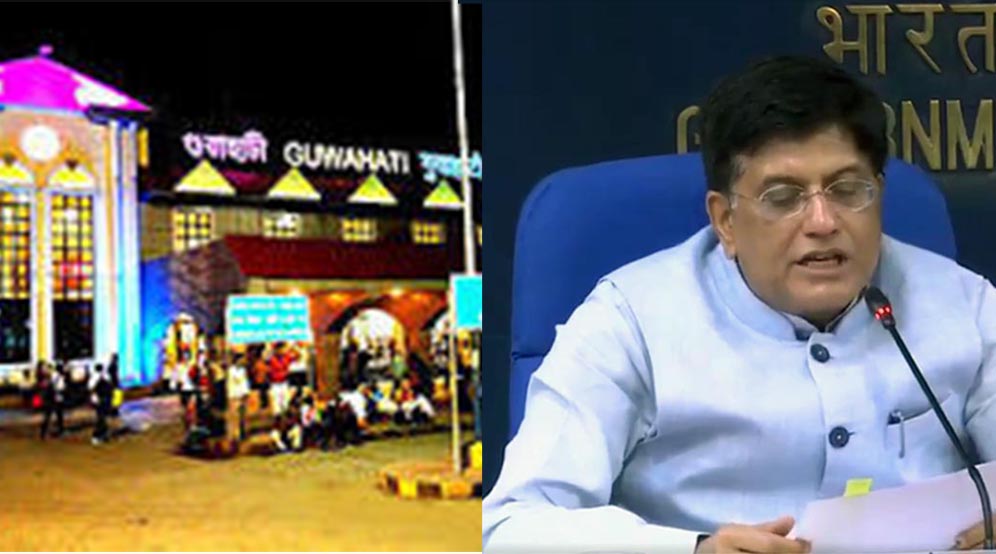 Minister of Railways and Commerce & Industry Piyush Goyal on November 22nd, 2019, informed the Rajya Sabha that 90 out of 91 identified stations under Northeast Frontier Railway have been developed under the Adarsh Station Scheme.

In a written reply to a question in the Upper House of the parliament, Goyal said, “Since 2009, when the Adarsh Station Scheme was started, a total of 1253 stations have been identified for development under the scheme out of which 1149 stations have been developed so far. The remaining stations are targeted to be developed by 2019-20.”

“Upgradation/ modernization of stations on Indian Railways is a continuous and on-going process. Works for improvement of passenger amenities are undertaken depending upon need, the volume of passenger traffic and inter-se priority, subject to availability of funds,” Goyal said.

Various passenger amenities which, inter-alia, include improvement to façade of the station building, retiring room, waiting room (with bathing facilities), separate waiting room for ladies, landscaping of circulating area, earmarked parking, signages, Pay and Use toilets, Foot Over Bridge, ramps at entry to station etc are proposed to be provided at Railway stations which are identified for development under this scheme as per the respective category of the station and the works for which are funded under Plan Head ‘Passenger Amenities’.