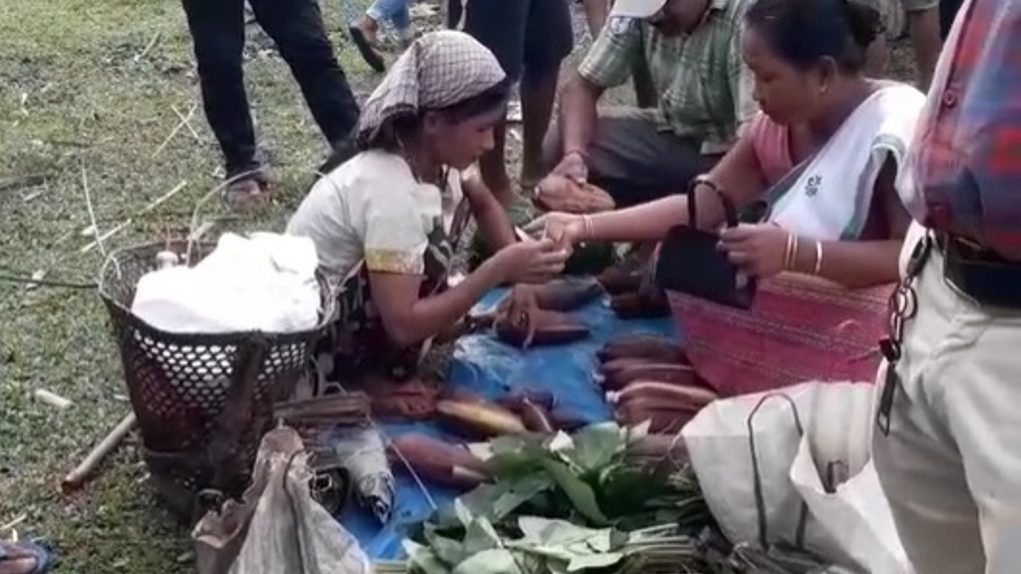 At a time when tensions keep on erupting following issues of the unending inter-state border disputes in the Northeastern(NE) states of India, a decade-old weekly market in Upper Assam’s Charaideo district has had helped create an understanding and deepen goodwill among the inhabitants of Assam and its neighbouring state of Arunachal Pradesh.

The villagers of Assam believe that the Borhat Dangori Kumar Weekly market in Sonari town is over 45 years old and that the open market has been preaching lessons of peace and brotherhood and is broadening the cultural ties by sustaining the Wancho Tribe, a tribal community of Arunachal Pradesh.

Every week on Wednesday and Saturday traders from Arunachal carrying fresh grown vegetables, medicinal plants and other edibles walk down the alpine mountains of Arunachal and reach the plains in Assam. After a day-long business they return back to their state.

“Fresh grown ginger, chilli other herbs are sold at the market. They start their journey at 2am and reach the space by the dawn. There is some sort of understanding among each other which has helped sustain the weekly market,” said a local here.

“We feel we are all brothers and sisters and work cordially with mutual understanding. It is like an opportunity to set aside decade-old disputes. Also the business has been good so far,” added a vendor.

The villagers also claimed that despite the issue of insurgency activity they have been able to settle the dispute and work in unison keeping alive their friendly relation.