The Sarbananda Sonowal-led BJP government in Assam will fulfill its five year term in 2021. 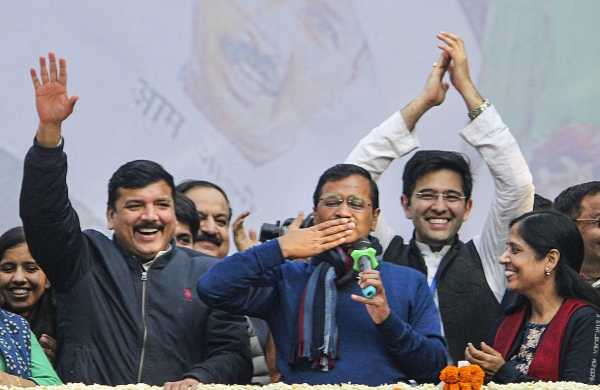 GUWAHATI: The Assam state committee of the Aam Admi Party (AAP) on Friday said that the Kejriwal-led party will extend full coordination to the Anchalik Gana Morcha to oust the ruling BJP from Assam in 2021.

The Sarbananda Sonowal-led BJP government in Assam will fulfill its five year term in 2021.

AAP Assam state committee joint coordinator Abdul Wahid said, “The AAP will extend full coordination to the Anchal Gana Morcha to oust the ruling BJP from Assam in the 2021 assembly election. Apart from ‘talks’ going on with the various indigenous organisations of the state, we are also trying to set a common minimum programme with the left democratic mancha. The idea is to unite the anti-BJP forces.”

Wahid stressed that AAP supremo and Delhi chief minister Arvind Kejriwal was concerned with the disaster caused by the annual flood and its consequent erosion. “He (Kejriwal) has been taking stock of the situations prevailing in the state in a routine manner. He will play a vital role in the ensuing Assam assembly election scheduled in 2021,” he said.

Stating that the formation of district and block committees of the party is progressing in full swing, the joint coordinator added, “The AAP will pitch candidates in most of the assembly constituencies in the 2021 assembly elections.”