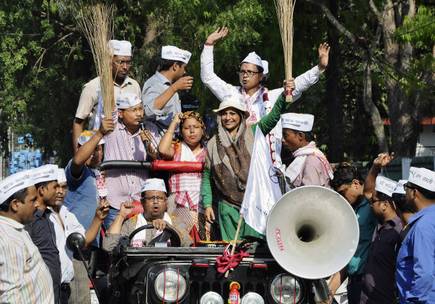 GUWAHATI:  The Aam Aadmi Party (AAP) on Friday made it confirm that the Delhi chief minister Arvind Kejriwal-led party will pitch candidates in the ensuing Assam assembly polls scheduled for 2021.

AAP Assam coordinator Dr Bhaben Choudhury said, “The AAP will contest the ensuing Assam assembly elections scheduled for 2021. However, the numbers and names of the candidates to be pitched in the ensuing polls will be decided in the days to come.”

Notably, AAP national observer Rajesh Sharma, accompanied by Choudhury, toured the entire state from September 2 to 16 and interacted with the party workers in different districts of the state.

Criticising the BJP-led Assam government, Choudhury stressed that the state government has no concrete plan for creating an employment avenues for the youths of the state. “Our main agenda for the 2021 Assam polls will be – unemployment, flood, corruption, reformation in public health and education.”

The coordinator also promised that if the AAP will come to power at the Centre, Assam’s annual flood would be considered as national problem.

On Friday, the all Assam Home Guards Association has also joined the AAP.