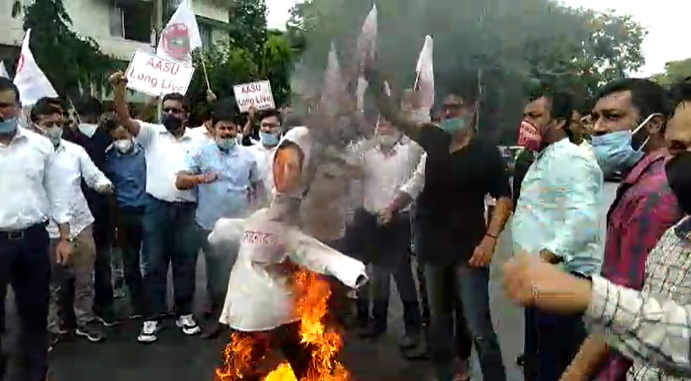 GUWAHATI: All Assam Student Union on Wednesday has burnt the effigy of Assam chief minister Sarbananda Sonowal in protest against the controversy of Assam Police SI exam, in front of Swahid Nyas in Uzanbazar.

The written test for the recruitment of sub-inspectors (UB) in Assam Police, scheduled to be held on September 20, was cancelled due to leakage of the question paper.

The members of the AASU shouted slogans against the Assam chief minister and burnt his effigy.

Speaking to the media, one of the AASU members said that Sarbananda Sonowal did nothing for the people as promised before elections. Unemployment still remains the major problem for the people of Assam.

We will not allow any distortion in Sankardeva Kalashetra: Himanta

Sweet sales slow down this Durga Puja due to pandemic