AASU makes public Confidential Report On Clause 6 Of Assam Accord

The AASU said nobody knows where the report is now; whether it was submitted to the Home Ministry or still lying in the chief minister’s office at Dispur. 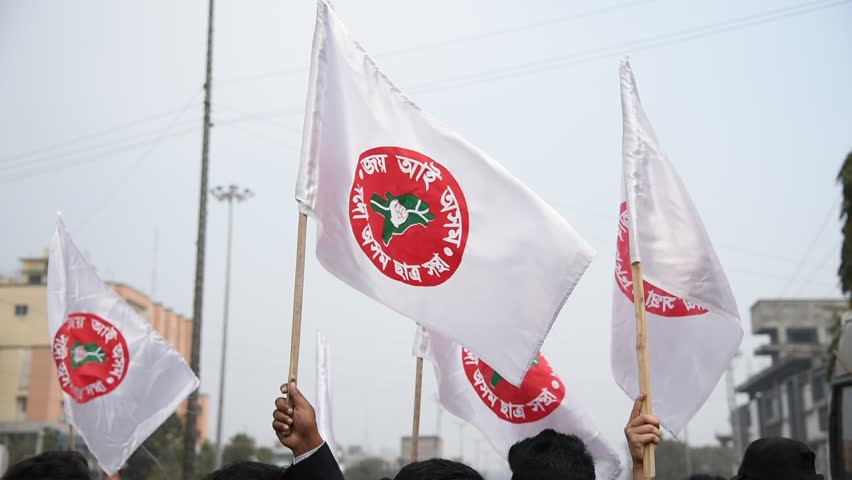 GUWAHATI: The All Assam Students’ Union (AASU), on Tuesday made public the Centre’s confidential high-level committee’s report prepared and submitted for implementation of the Clause 6 of Assam Accord.

The AASU said that it has been 5 months ever since the submission of the report. “Nobody knows where the report is now; whether it was submitted to the Home Ministry or still lying in the chief minister’s office at Dispur. People of Assam have the right to know what the AASU recommended to the high-level committee,” the AASU said.

The Centre constituted the high-level committee on July 16, 2019, for recommending measures to implement the Clause 6 of the Assam Accord in which three members of the AASU were included in the committee. Accordingly, the Committee, headed by retired Justice Biplab Sharma, submitted its report to Assam Chief Minister Sarbananda Sonowal in Guwahati on February 25 this year.

General Secretary of the apex students’ body Lurinjyoti Gogoi said, “Union Home Minister Amit Shah gestured commitment to step up measures to implement the Clause 6 of the Assam Accord within a week after submitting the final report of the high-level committee. Unfortunately, later, the Home Minister himself could not manage time even to receive the report in hand from the Committee.”

Gogoi alleged that certain leaders of the ruling BJP have violated the ‘secrecy’ of high-level committee’s report. “The report has been leaked and available to certain ruling party leaders and loyal administrators. This is against the ethics of secrecy,” Gogoi said.

According to AASU president Dipanka Kumar Nath, the Committee had recommended five specific categories to define the ‘Assamese’ keeping in mind the implementation of the Clause 6 of the Assam Accord.

Nath further said that the committee also recommended for a ‘Upper House’, and 80 to 100 percent reservation for job in various sectors for the indigenous Assamese.

According to a source, the recommendation of the high-level committee on the Assam Accord on the definition of “Assamese people” has caught the BJP governments at the Centre and in the State in a bind.

The Assam Accord was signed in 1985 between the Rajiv Gandhi government and the All Assam Students Union (AASU) and All Assam Gana Sangram Parishad (AAGSP) to end the six-year-long anti-foreigner movement in the north-eastern state bordering Bangladesh.