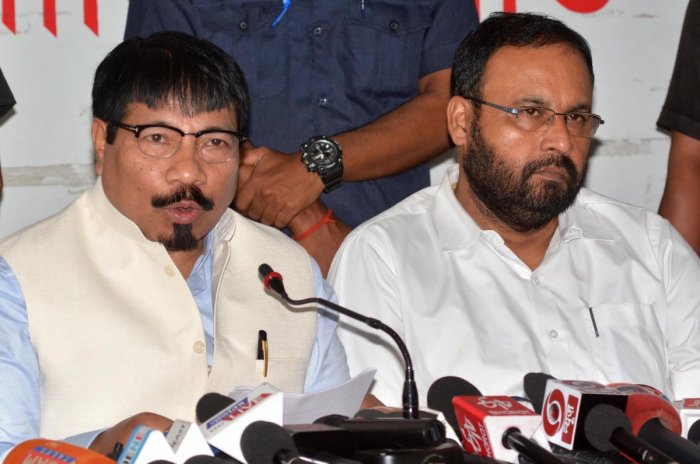 The Asom Gana Parishad, a key ally of the ruling Bharatiya Janata Party-led state government, will move against the amended Citizenship Act. The decision was was taken in a crucial meeting. The premier regional political party took the u-turn on the act days after supporting it in the parliament.

The party has decided to call on the Prime Minister Narendra Modi over the controversial act that led to instability in the state.

It may be mentioned that the angry mob attacked the party headquarters on November 12th, 2019.

Following the violent protests across the state, several BJP leaders including Jagadish Bhuyan and Assamese actor Jatin Bora resigned from the party over the act.

The contentious act has triggered a wave of protests in most of the Northeastern states. Most of the political parties, organisations, civilians, students’ fraternity and artistes’ fraternity came out openly and raised voice against the act.

The act seeks to grant  Indian citizenship to Hindus, Sikhs, Christians, Buddhists, Parsis and Janins who have become victims of religious persecution in Afghanistan, Pakistan and Bangladesh and entered India on or before December 31st, 2014.

The Citizenship (Amendment) Bill was passed by the Lok Sabha on January 8th, 2019 but lapsed in the Rajya Sabha during the BJP’s previous term. The Joint Parliamentary Committee had held a public hearing in Guwahati on May 7th, 2018 on the bill where the bill faced a massive protest. But, the Bill had received huge support in the Barak Valley.