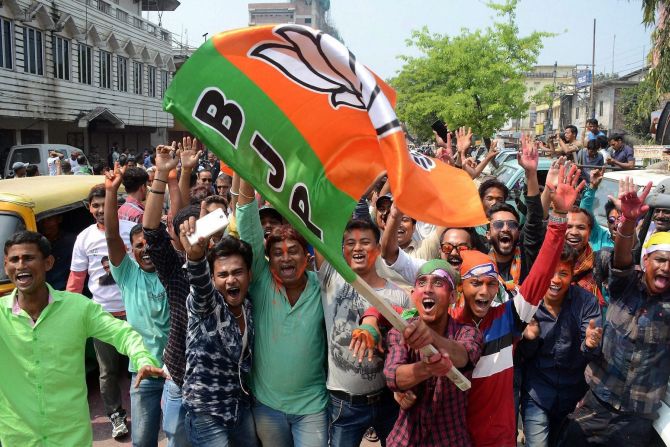 Sarma said, “Leading a democratic movement on a particular issue is quite different from that of doing politics in real life. Now they (AJP leaders) will learn how challenging and difficult politics in reality is. After learning all these, the AJP present AJP leaders will gradually come and join the ruling BJP.”

Notably, the All Assam Students’ Union (AASU) and Assam Jatiyatabadi Yuba-Chatra Parishad jointly formed the new regional political party – AJP with an objective to accumulate the forces of the anti-Citizenship (Amendment) Act movement to oust the BJP from Dispur in the 2021 Assam assembly elections.

However, satirizing the objective of the AJP, the senior minister said, “Earlier, most of the time they (AJP leaders) sat in Guwahati addressing the media from a comfort zone. They will now start realising the challenges of visiting at the ground. I am sure; the AJP leaders will not get more than 1500 votes in the Assam assembly polls scheduled for 2021.”

Stressing that a mere criticism will not serve the purpose of the AJP, Sarma said, “The AJP leaders have criticised the BJP-led state government a lot. However, criticism alone cannot make a positive contribution. It is time for them to face the music. The people of Assam will reward them in 2021.”