The Memoramdum of Agreement(MOA) is illegal and has betrayed the Assamese community, says Akhil Gogoi 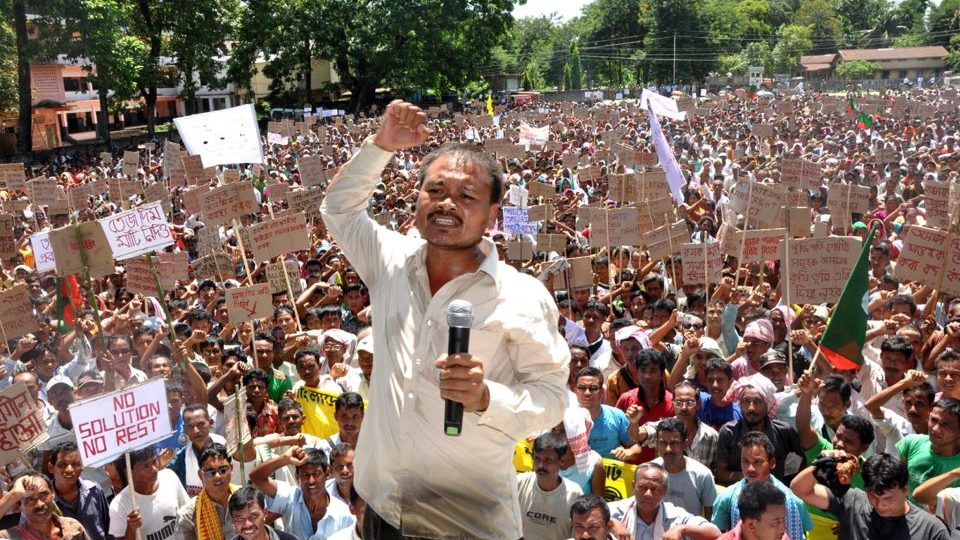 Krishak Mukti Sangram Samiti(KMSS) leader Akhil Gogoi on August 24th, 2019 warned that they will launch a massive agitation if the construction works of the Subansiri Lower Hydroelectric Project(SLHEP) are resumed.

The announcement came after the state-owned National Hydroelectric Power Corporation(NHPC) on August 23rd, 2019, signed a Memorandum of Agreement(MOA) with the Assam government which is believed to be a step forward for the implementation of the 2000 MW Subansiri Lower Hydroelectric Project.

“The MOA is illegal and has betrayed the Assamese community. The pact itself is against the promises of Narendra Modi and Rajnath Singh,” said Akhil Gogoi while addressing a presser here in Guwahati.

The MOA was signed by Niraj Verma, Principal Secretary (Power) on behalf of Government of Assam and Balraj Joshi, CMD, NHPC on behalf of NHPC.

It may be mentioned that the SLHEP is an under construction gravity dam on the Subansiri River in the Northeastern(NE) India. Described as a run-of-the-river project by NHPC Limited, the Project is the largest Hydro-project of the country expected to supply 2,000 MW of power when completed. The project has experienced several problems since its construction and came to a halt in 2010 witnessing strong oppositions.

On the other hand, while talking about the alleged rampant supari syndicate operating in Assam, the firebrand peasant leader lashed out at the Assam police for “not taking adequate measures” and suspected their role in the syndicate.

“Have registered a case at Dispur and Jalukbari Police Stations against the rampant supari syndicate that is running in the state but till date there is no adequate action,” added Gogoi. He further alleged that the overloaded trucks carry illegal arms under the very nose of the security forces.

Gogoi expressed grief over the demise of former Union finance minister Arun Jaitley in New Delhi today. Condolences and tributes started pouring in from all walks of life as the former Finance Minister passed away at the All India Institute of Medical Sciences (AIIMS), New Delhi.