The demand to release Akhil Gogoi "unconditionally" is growing in Assam 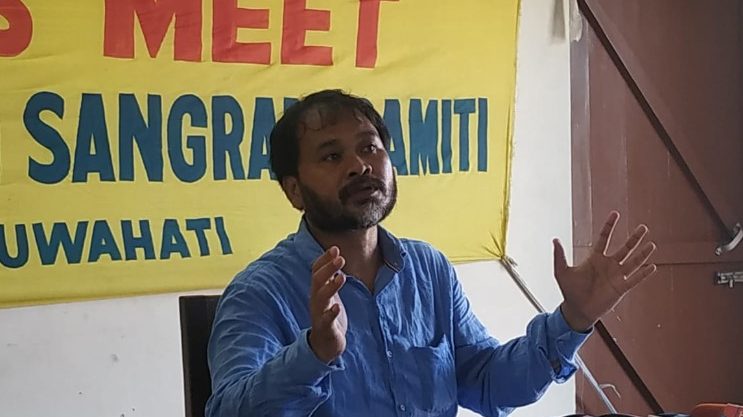 Earlier in the day, the NIA conducted search operations at Akhil’s residence located in Chandmani and KMSS office in Gandhibari areas of the city.

Akhil was arrested by Assam Police in Jorhat on December 12th, 2019 amid protests over the citizenship law. On December 13th, 2019, Guwahati police registered a suo moto case against him. The Assam government handed over the case to NIA on December 14th.

Meanwhile, the demand to release Akhil “unconditionally” is growing in the state. Priyada Gogoi, mother of Akhil also staged a hunger strike demanding the immediate release of her son.

He was booked him under the Unlawful Activities (Prevention) Act (UAPA) under Section 120 B (punishment of criminal conspiracy), 124 A (sedition), 153 A (unlawful association) and 153 B (imputations, assertions prejudicial to national-integration) of the Indian Penal Code and Section 18/39 (punishment for conspiracy).

He was sent to 10-day NIA custody on December 17th, 2019 by a special court in Guwahati and was taken to NIA Headquarters in New Delhi. Akhil has been accused of having nexus with Maoist groups.

Akhil has alleged that he was subjected to extreme torture. The Assam Human Rights’ Commission has decided to take suo moto cognizance of media reports of alleged atrocities on the peasants’ leader.

On the other hand, several organizations in Assam have called for a 12-hour statewide strike on December 30th, 2019 beginning 5 am demanding Akhil’s immediate release.