The agitation against the Citizenship Amendment Act is not for the sake of agitation: Akhil Gogoi 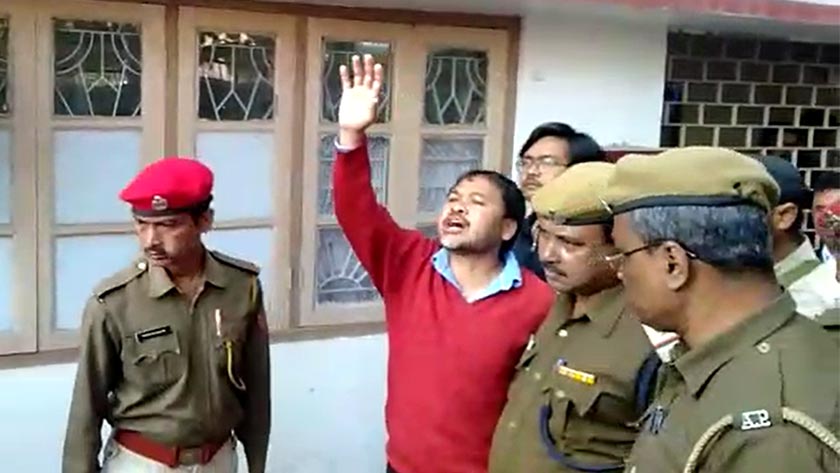 Krishak Mukti Sangram Samiti (KMSS) chief Akhil Gogoi, who has been sent to judicial custody again on February 10th, 2020, urged the people of the state to take forward the agitation against the Citizenship Amendment Act.

“The agitation against the Act is not for the sake of agitation. We need a solution,” Gogoi said while being taken inside a court of the National Investigation Agency (NIA), Guwahati today.

Gogoi, who has been vocal against the Act since the first day, was arrested under the stringent Unlawful Activities (Prevention) Amendment Act (UAPA) during protests against the contentious Act. He was arrested on December 22nd, 2020 and has been in judicial custody since December 26th, 2020.