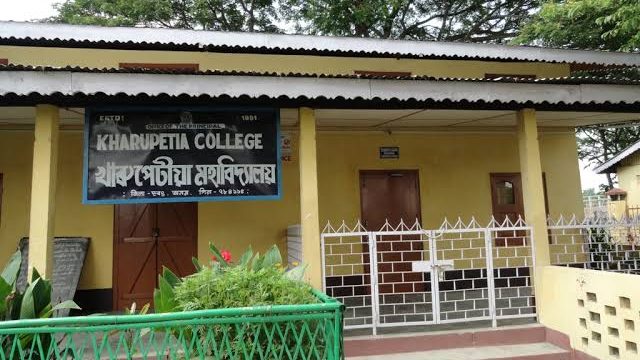 An alleged audio recording of a phone conversation in which a person was heard of demanding a bribe of Rs 7,000 from a student for admission to the Kharupetia College, has gone viral on the social media platforms triggering widespread reaction among the people.

The audio recording went viral on a WhatsApp group which was allegedly formed a month back for the students who were denied admission in the college. The incident came to light after the recording was picked up by some people and spread to other WhatsApp groups, as per reports.

The audio clip allegedly has two voices which is heard of a person demanding the said amount of Rs 7,000 which will be divided between the principal(Rs 5,000) and a professor of the college(Rs 2,000) failure to which, admissions will be denied in the college.

Meanwhile, the principal of Kharupetia College, Dr Buddhin Ch. Hazarika has denied all the allegations and has filed an FIR at the Kharupetia police station for spreading ‘fake rumours’ against him and ‘bringing a bad name’ to the college.

Based on the FIR, the Kharupetia police have launched a massive manhunt to nab the culprit.