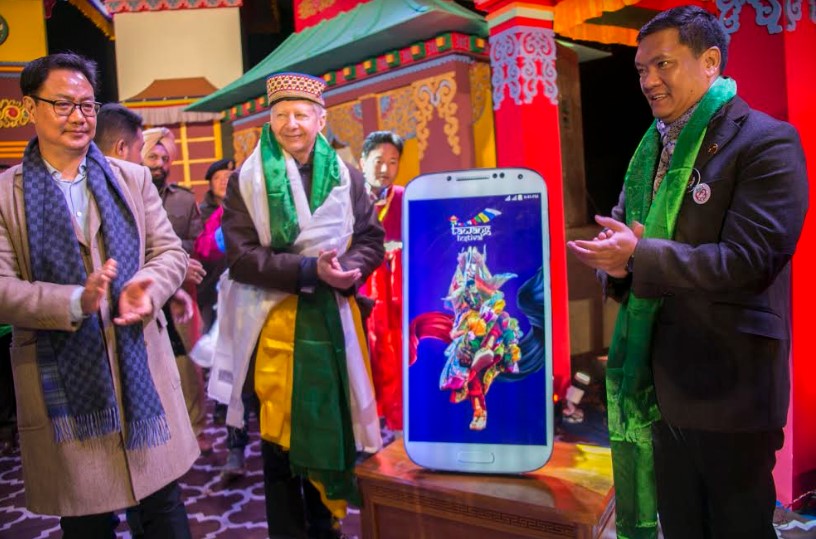 The US Ambassador to India Kenneth Ian Juster on October 28th, 2019 inaugurated the Tawang festival in Arunachal Pradesh. This is the second time in three years, that a US envoy inaugurated the festival in an area which China claims to be a part of South Tibet.

The inauguration ceremony was tweeted by Khandu where he wrote, “United States Ambassador to India Mr Kenneth I Juster declares the 4-day Tawang festival open. Thank you, Mr Kenneth, for your kind presence today as the Chief Guest for the occasion.”

The US Ambassador extended his gratitude to the people of Tawang for the exceptional hospitality offered to him and his entourage. He also said that he was mesmerized by the colourful people, their dresses, custom and traditions which offer other parts of the world to learn and know.

The Tawang Festival is an annual festival and this year it is celebrating its seventh edition. It promotes the state’s rich culture, traditional values and tourist attractions of the state.

It may be mentioned, in the year 2016, the then US ambassador to India Richard Rahul Verma visited Tawang festival which led to China opposing the trip while New Delhi termed it as a routine trip.

Speaking on the occasion, Khandu said that the state is fortunate to have hosted two US Ambassadors to India in a span of three years.

“Arunachal Pradesh has huge potential in the form of natural resources. With proper planning and investments the state has the potential to become the most prosperous and happiest states in the country” Khandu said.

Adding further, he said that the state is now coming up for investment avenues in the area of tourism, Agriculture and Horticulture and Hydropower for which he sought the support of US Embassy to attract American Investment.

Giving a brief on tourism, Khandu said that in last three years, Arunachal got only 336 US tourists. He hoped that by the help of the US Embassy, this number would increase 10 fold in the coming two years.

Union Minister of State for Sports and Youth Affairs Kiren Rijiju while congratulating the people of Tawang for successfully hosting the Tawang Festival for seven consecutive years with much larger scale every passing year said that this festival is gradually becoming the face of Arunachal.

“With the hospitable people, tourist inflow in the area has increased manifold in just a couple of years. Tawang finds its prominent place in the world tourism map today,” he said.