Violence in Northeast Delhi orchestrated with an eye on US President's visit to India: G Kishan Reddy 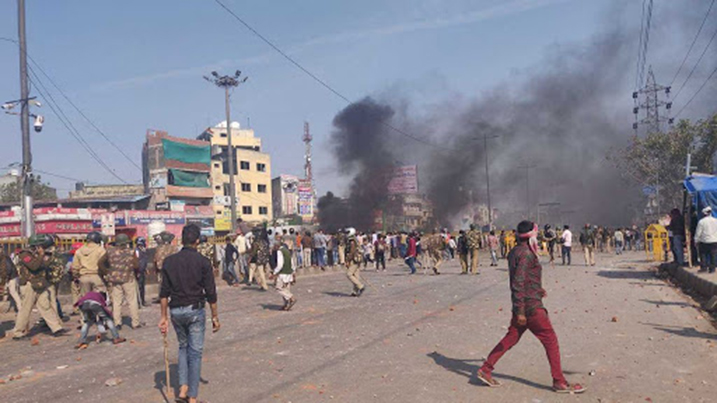 The Union Home Minister Amit Shah on February 24th, 2020, called an urgent meeting of the top officials of Delhi over the Jaffrabad violence, which started as a pro and anti-Citizenship Amendment Act groups clashed.

Ratan Lal, a Delhi Police head constable was killed and a Deputy Commissioner was injured during the clashes over the Act in Maujpur in Delhi today. Ratan Lal was posted in the ACP Gokalpuri office in Delhi. Protests broke out between pro and anti-CAA demonstrations across multiple northeast Delhi neighbourhoods for a second time in less than 24 hours.

Condemning the incident, the Union Minister of State for Home, G Kishan Reddy said, “Violence in Northeast Delhi orchestrated with an eye on US President’s visit to India. I condemn it. Centre will never tolerate violence.” He further said that the government will take strict action against those responsible.

“MHA is monitoring the situation. Additional forces have been deployed in Delhi. Our prime responsibility is to maintain law and order in Delhi. MHA has ordered Delhi Police to take strict action against those involved in the killing of the police personnel, stone-pelting, setting fire to the property,” he added.

Meanwhile, Delhi chief minister Arvind Kejriwal urged Shah and Lt. Governor Anil Baijal to “restore law and order” as tension continued to simmer in a Northeast Delhi area that has been witnessing clashes between pro and anti-CAA groups since Sunday.

The clashes took an ugly turn when the protesters of both the sides started pelting stone at each other. Lal was severely injured on his head in the attack while trying to pacify the agitators. Several vehicles, shops and houses were torched on February 24th, 2020, a day after clashes broke out between pro and anti-CAA protesters.

The tension in the Maujpur area in Delhi had escalated on the evening of February 23rd, 2020 when a group of people pelted stones at another group that was holding a demonstration against the controversial CAA.