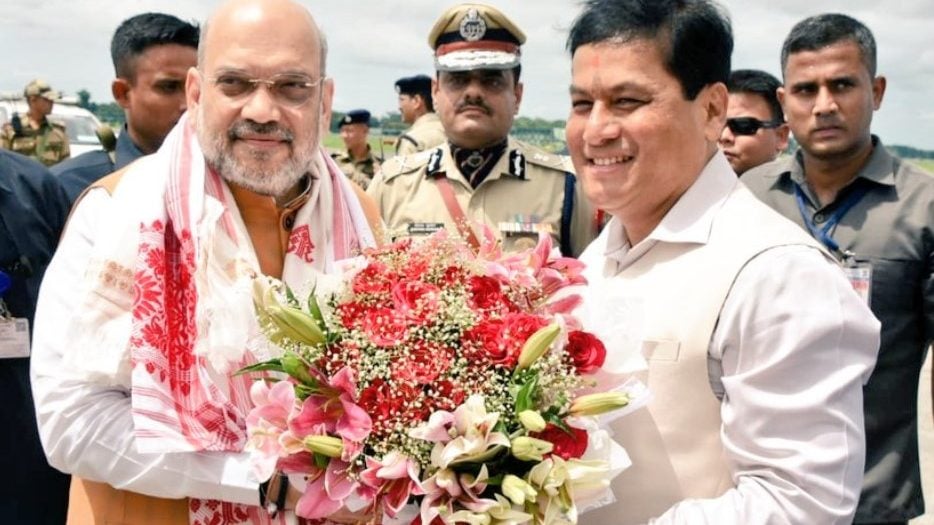 Union Home Minister Amit Shah landed in Guwahati on September 8th, 2019, his first visit since the final National Register of Citizens (NRC) list to identify illegal immigrants in Assam was released.  This is also Shah’s first visit to Assam after becoming the Home Minister.

Shah will chair 68th Plenary Session of North Eastern Council on September 8th-9th, 2019 in Guwahati to be held at the Administrative Staff College.  The meeting would be attended by the MoS (Independent Charge), Ministry of Development of North Eastern Region (DoNER) & Vice Chairman NEC, members of the NEC consisting of the Governors and Chief Ministers of the eight Northeastern states and other members.

The Plenary is expected to deliberate on the progress of ongoing projects, outlays by Central Ministries in the Northeastern Region and plans for the period beyond March 2020 when the Fourteenth Finance Commission term comes to an end.

He will also attend a meeting of the North East Democratic Alliance on September 9th, 2019 at the Srimanta Sankardeva International Auditorium, Guwahati. Prior to that, he will visit the Kamakhya Temple atop Nilachal Hills. Shah will stay at Raj Bhawan, Guwahati.

Ahead of Shah’s visit, Assam has once again been declared as a ‘Disturbed Area’ for six months effective from August 28th, 2019.

The Union Home Minister is also likely to review the situation in the state after the publication of the NRC list. The exclusion figure raised concerns across the state with many BJP leaders and activists crying foul over the updation process.