And the counting goes on; Flood death toll reaches 103 in Assam 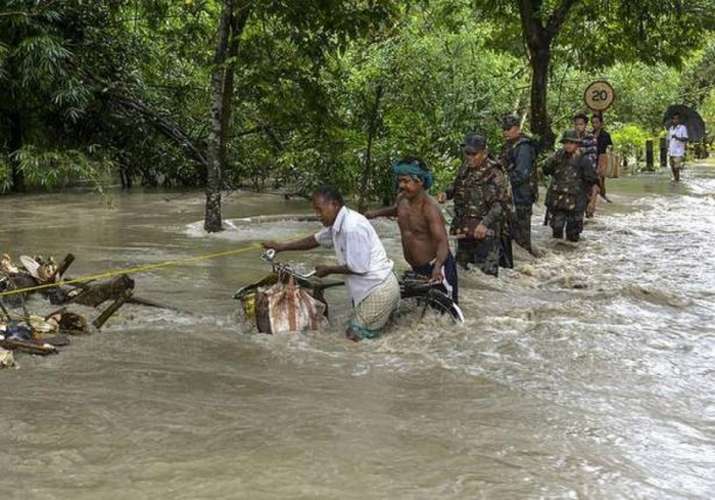 GUWAHATI: With another death recorded in eastern Assam’s Golaghat district, the total death toll caused by the devastating flood in the state has reached 103 on Monday.

However, the overall flood situation seemed turned down on Monday as the number of affected districts came down to 22 from the previous 26.

On Monday, as per the ASDMA bulletin, the devastating flood has affected 22,33,920 population of the state for which the state government has established 259 relief camps and 173 relief distribution centres.

Altogether, 45,565 inmates have been sheltered in the relief camps established across the state. The flood has fully damaged 11 houses besides partially damaging 44 houses in various districts.