The demonstration will be held at the Latasil playground in Guwahati on December 23rd, 2019 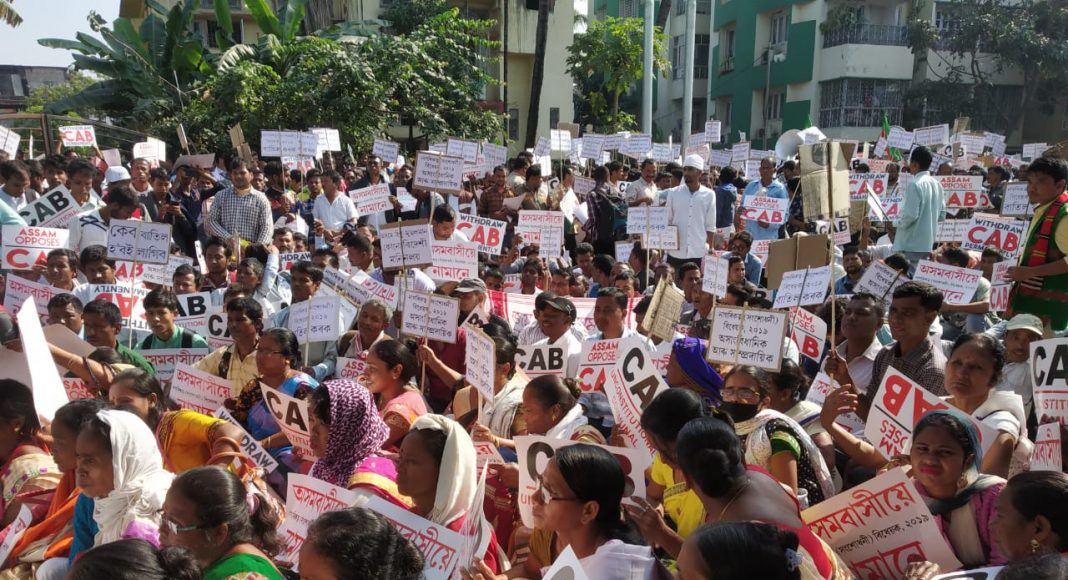 The All Assam Students’ Union and other 29 organisations representing various ethnic groups have called for a four-hour-long sit-in demonstration protesting against the newly enacted Citizenship Amendment Act 2019 on December 23rd, 2019.

The protest will be held at the Latasil playground in Guwahati from 10 am. The students’ body appealed for the peoples’ participation in the demonstration against the newly enacted law.

It needs to be mentioned that the various organizations, political parties, artists’ fraternity, students’ fraternity including the civilians have been continuously staging protests in different forms in the state demanding the withdrawal of the contentious law.

The parliament cleared the Citizenship (Amendment) Bill 2019 on December 11th, 2019. Following that, massive protests hit the state resulting in damage to public properties across the country. Curfew was imposed. Internet services were suspended till December 20th, 2019.