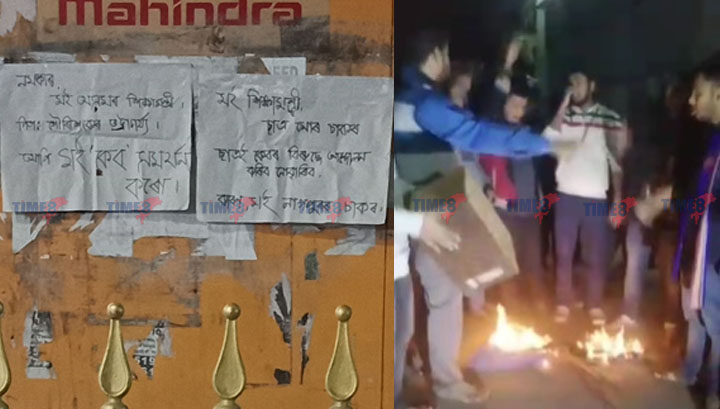 Unidentified miscreants pasted anti-Citizenship (Amendment) Bill posters in front of the gate and walls of Assam Education Minister Siddhartha Bhattacharya’s house in Guwahati in the intervening night of December 6th-7th, 2019.

This came after the Education department had forwarded a notification to all the elementary schools requesting the concerned officials ‘not to allow the students to participate in the CAB agitation or any other such mobs during the school hours or outside the school campus in school uniforms’. The notification also stated that ‘disciplinary action’ will be initiated against the head of the respective institutions.

Amide widespread protests in Assam and few Northeastern states, the contentious Bill was cleared by the Union Cabinet on December 4th, 2019. It is likely to be tabled in the Lok Sabha on December 9th, 2019 and will be taken up for discussion on December 10th, 2019.