APJ Abdul Kalam Is An Inspiration 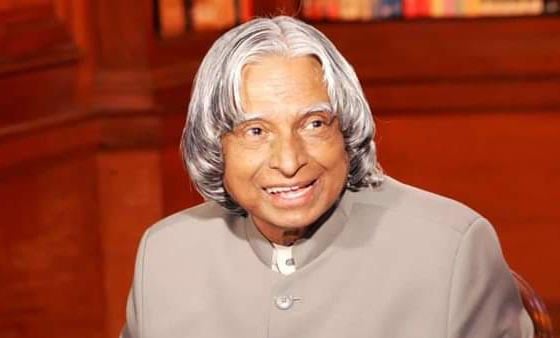 He was an epitome of knowledge and humanity. Burnt like a sun in his early life, Kalam shone like the sun in his later life. The world poured tributes to the legend with a simple lifestyle on his 88th birth anniversary.

Nicknamed ‘Missile Man’, Kalam was the first scientist president of India. He was elected in 2002. Widely referred to as the People’s President, Kalam returned to his civilian life of education, writing and public services after servicing the nation as 11th president.

The man with a vision to see the nation as a supreme power in the world gave India an identity in the field of rocket science by working in development of ballistic missile and launch vehicle technology. He also played a significant role in India’s Pokhran-II nuclear tests in 1998, the first since the original nuclear test by India in 1974.

The legend, who loved teaching, always emphasised on three key societal members – father, mother and teacher –  for a corruption-free nation with beautiful minds. The author of number of remarkable writings including ‘Wings of Fire’, ‘Ignited Minds’ and ‘Indomitable Spirit’ always believed in the power of the young and energetic minds.

Kalam, who is an inspiration for million, lived a simple life. His father Jainulabdeen was a boat owner and imam of a local mosque. His used the boat to take Hindu pilgrims back and forth between Rameswaram and the now uninhabited Dhanushkodi.

Despite facing hurdles in life, Kalam succeeded in life and set an example for many.

He collapsed and died from an apparent cardiac arrest on July 27th, 2015, aged 83 while delivering a lecture at the Indian Institute of Management Shillong.

Now, it is the duty of the leaders of the nation irrespective of the political parties including civilians to take forward the nation in the path shown by Kalam. However, India has brought laurel in the field of space in recent times.