The men in khaki were seen wielding brooms, spade, chopper and cleaning the streets of Khumtai 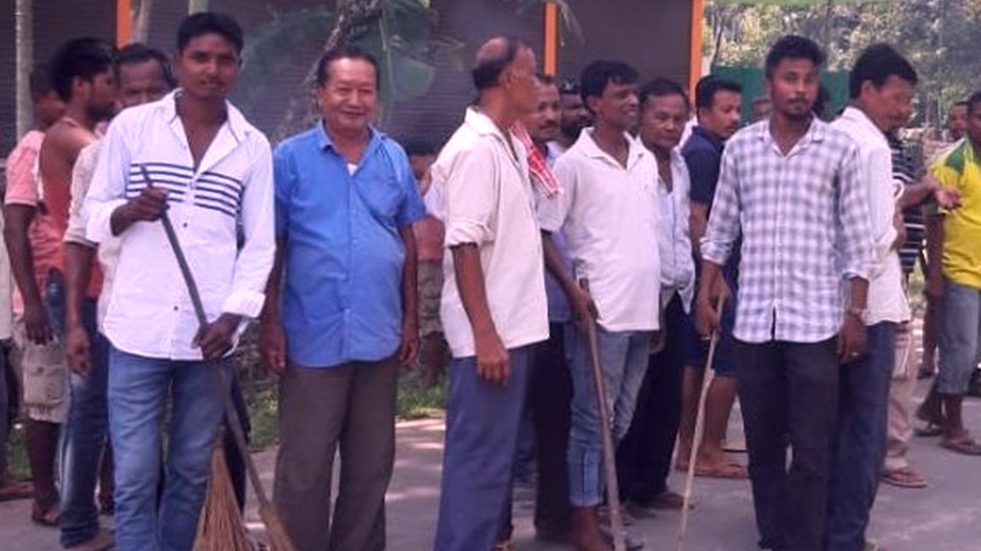 Mayurjit Gogoi, OC of Kamargaon Police Station along with Khumtai Police took part in a cleanliness drive setting an example for the civil society. Later, the Village Defense Party personnel along with different local groups, villagers too joined hands and swung into action in cleaning the entire village.

“Civilians see us in khaki but this group cleanliness activity will further strengthen our relationship and bridge the gap between police and the common man. We really enjoyed it,” said Gogoi.

“It is everyone’s responsibility to keep our surroundings and streets clean. Such drives will build trust between police and civilians,” said Dilip Bora, IC, Khumtai Police Outpost.

Prime Minister Modi on October 2nd, 2014 launched the Swachh Bharat Mission, a nation-wide campaign in India for the period 2014 to 2019 that aims to clean up the streets, roads and infrastructure of India’s cities, towns, and rural areas.