Around 40 lakh underprivileged people will face famine in Assam: CITU

The Centre of Indian Trade Union Congress said, "We have been demanding the state government of Assam to release Rs 7,500 as pandemic relief to those workers of the unorganised sectors." 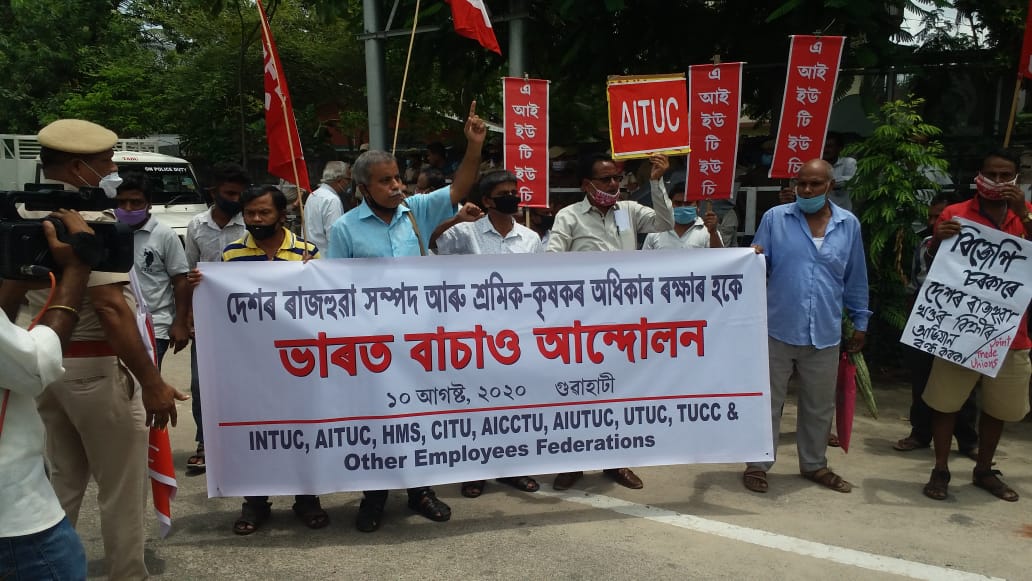 GUWAHATI: The Centre of Indian Trade Union (CITU) on Monday said that around 40 lakh people, severely affected by the Covid-19 pandemic, will face famine in the state.

CITU general secretary Tapan Sarma said, “We have been demanding the state government of Assam to release Rs 7,500 as pandemic relief to those workers of the unorganised sectors – small vendors, street vendors, daily wage workers and other underprivileged groups. If they are not assisted financially by the state government, around 40 lakh people will face famine in the state.”

Alleged that the Centre’s announcement of Rs 20 lakh crore as pandemic package was completely a bogus, Sarma said, “If the Government of India is financially so sound, why lakhs of depressed workers be forced to suffer due to the pandemic. They should be assisted at the earliest.”

Sarma asserted that demanding of Rs 7,500 is a statutory provision of the government of India.

During the protests, the union members also demanded the Centre as well as the state government to stop privatisation of the public sector undertakings besides ensuing right of the workers.