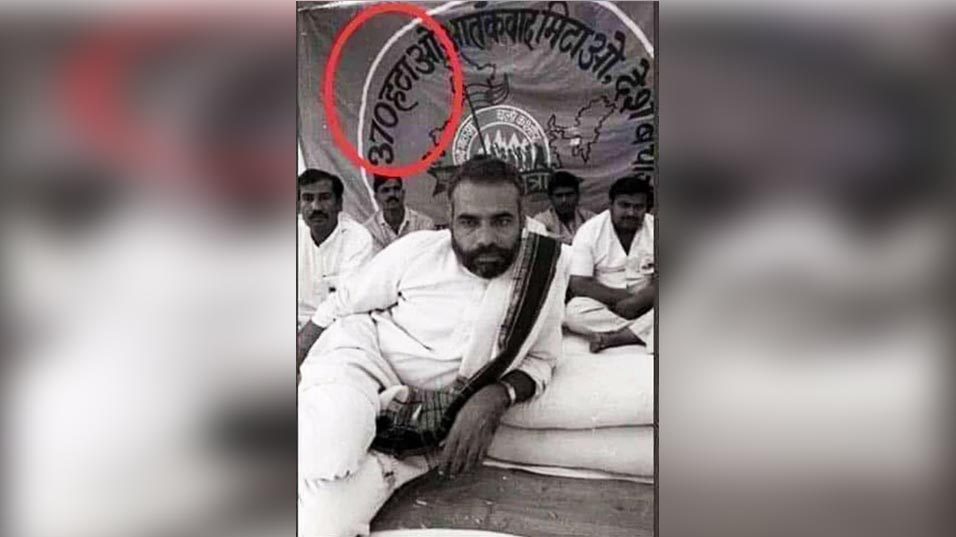 He tweeted the photograph after the Union Minister for Home Affairs Amit Shah announced the government’s move on Article 370, which gave special status to Jammu and Kashmir.

Earlier, while lauding the government on its decision and he tweeted, “What a glorious day. Finally, d martyrdom of thousands starting with Dr Shyam Prasad Mukharjee for compete integration of J&K into Indian Union is being honoured and d seven-decade old demand of d entire nation being realised in front of our eyes; in our life time.Ever imagined?”

The Rajya Sabha Chairman Venkaiah Naidu approved the passage of the resolution that scraps Article 370 in the state of Jammu and Kashmir. A total of 125 members voted in favour of the resolution and 61 voted against it. At the end of the voting, the Rajya Sabha passed the J&K Reorganisation Bill. The government also clarified that Ladakh and Jammu and Kashmir will now be Union Territories.