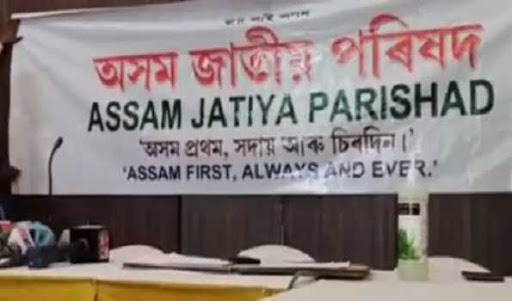 Guwahati: The two-day convention of Assam Jatiya Parisad (AJP) is underway in Sivasagar from Wednesday.

The programme started with flag hosting by chief convener of the party Krishna Gopal Bhattacharya, followed by paying of homage to martyrs.

The convention is attended by writer Homen Borgohain, advocate Nekibur Zaman and many other dignitaries.

It is also known that former AASU general secretary Lurinjyoti Gogoi will join the party during the convention.