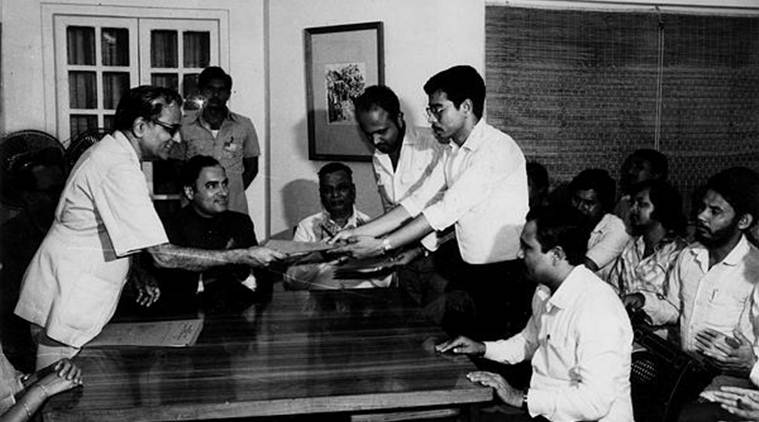 With Assam continuing to reel under protests triggered by the Citizenship Amendment Bill (CAB), the high-level committee constituted by the Ministry of Home Affairs finalised its report on suggestions to implement Clause 6 of the Assam Accord.

The clause deals with the constitutional, legislative and administrative safeguards, as may be appropriate, to protect, preserve and promote the cultural, social, linguistic identity and heritage of the Assamese people.

After the committee’s report, the Centre may soon come out with a report defining who is an ‘Assamese’. As per the committee’s recommendations, the 1951 National Register of Citizens will probably be used as the ‘base year’ to identify ‘Assamese people’. Former speaker of the Assam Legislative Assembly Pranab Kumar Gogoi had taken initiative for a definition of Assamese, but all went in vain.

The Assam Accord was signed between the Government of India, state government and the leaders of the Assam Movement. It was signed in the presence of the then Prime Minister Rajiv Gandhi in New Delhi on August 15th, 1985 after a six-year-long agitation started in 1979. The demand of the agitators was to identify and deport all illegal foreigners – predominantly Bangladeshi immigrants.

Prime Minister Narendra Modi, during his visit to Assam to celebrate the signing of the historic Bodo Peace Accord, reassured the people of the state that the government was duty-bound to protect the rights in accordance with the Clause 6 of the Assam Accord. He made the statement since the state has been witnessing continuous protests against the contentious amended citizenship law, which jeopardises the existential identity of the indigenous people of the state.