Assam chief minister Himanta Biswa Sarma has received an appeal from Mariani MLA Kurmi to address the issue without any delay. 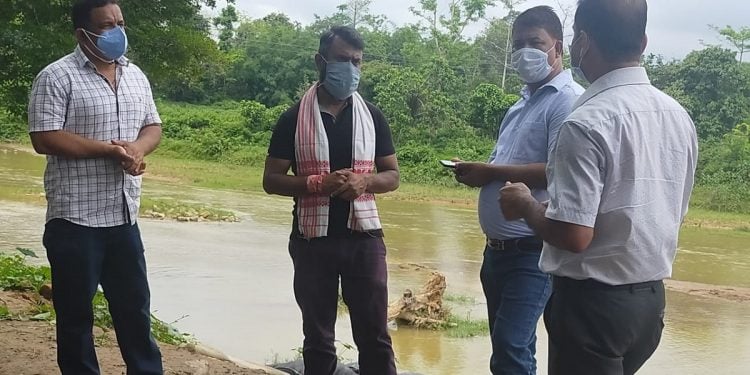 GUWAHATI: The Bhogdoi River in Eastern Assam’s Jorhat has ‘suddenly’ turned sticky and murky. Apparently, because of supposed pollution of the water, dead fishes have been seen in numerous areas along the river banks.

On Friday,owing to a series of complaints, related to high suspected contamination of the Bhogdoi river, Mariani MLA Rupjyoti Kurmi, in company with Jorhat Additional Deputy Commissioner – Damodar Barman and a team of Public Health and Engineering Department officials paid a visit to the bay of the river, which emerges in the Naga Hills, to learn the cause of the sludge and glueyness of the water.

The Bhogdoi River in Mariani is the only source of water consumption or many tea garden workers and people staying along the riverbank.

Assam chief minister Himanta Biswa Sarma has received an appeal from Mariani MLA Kurmi to address the issue without any delay.

In a Facebook post, Rupjyoti Kurmi said: “An earnest appeal to Govt. of Assam to send an Emergency Team along with a chemist to check the Bhogdoi river water and save the people of Mariani as Laboratory report reveals increase of ‘Manganese’ and decrease of ‘pH value’ in the river water,on which many people are dependant. #SaveBhogdoiSaveMariani.”

Furthermore, Kurmi suspects that the river water has turned “contaminated” because of illegal coal mining in Nagaland.

In the interim, the water sample from the river has been collected and sent to the North East Institute of Science and Technology (NEIST) for testing as informed by Jorhat Additional Deputy Commisioner– Damodar Barman.

As per Urban Water Supply department officials and The Public Health Engineering Department (PHED), the water is still safe for consumption, but after treatment, he added.

There are a number of tea gardens and 15 to 16 riverine villages that are situated alongside the river. A considerable section of population residing in Jorhat town collects water