There is mistrust in the BJP and their leaders due to the law and it must be cleared at the earliest: Padma Hazarika 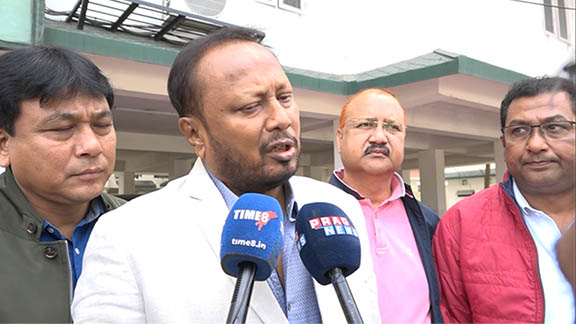 A group of Bharatiya Janata Party MLAs on December 19th, 2019, urged the Assam Chief Minister Sarbananda Sonowal to intervene immediately to allay the fear and doubts among people regarding the Citizenship Amendment Act.

Speaking to the media persons after the meeting, Sootea legislator Padma Hazarika said, “We urged the CM to allay the fear and doubts among the people regarding the act.” He further informed that all the 14 MLAs pointed out to Sonowal that they are facing the wrath of the people due to the Act.

“There is mistrust in the BJP and their leaders due to the law and it must be cleared at the earliest,” Hazarika said.

While appealing the people of the state to not to break their trust in the leaders, Hazarika said, “We want a peaceful situation in the state. I am ready to resign as MLA if the government will revoke the act.” Meanwhile, speaking to the media persons, the Dibrugarh MLA Prashanta Phukan said, “We urged the government to take urgent steps to clear the doubts regarding the act. We also want all illegal Bangladeshis to be deported from the state.”