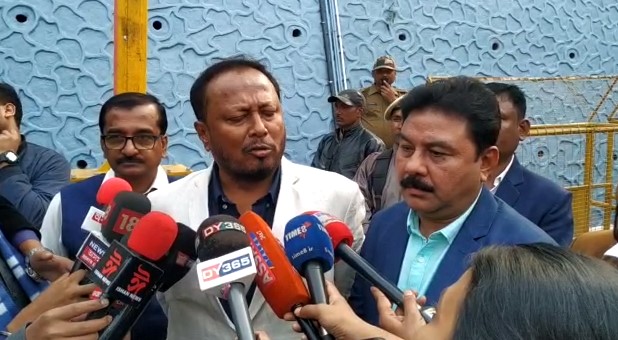 Even as the protests against the controversial Citizenship (Amendment) Act, 2019 (CAA) in Assam continue, a Bharatiya Janata Party (BJP) Assam Pradesh Legislative Party meeting was held in Guwahati on December 21st, 2019 to discuss the current situation and other issues.

Speaking to media persons Sootea MLA Padma Hazarika told journalists said, “We exchanged views regarding the current situation in the state. We urged the Centre to implement the Clause 6 of the Assam Accord and to take steps for the protection of the land, language and culture of the Assamese.”

The Assam Accord was signed after the Assam Agitation of the early 1980s. The clause says: “Constitutional, legislative and administrative safeguards, as may be appropriate, shall be provided to protect, preserve and promote the cultural, social, linguistic identity and heritage of the Assamese people”.

A few days back, a group of MLAs met Chief Minister Sarbananda Sonowal and appealed him to immediately intervene and allay the fear people had about the amended law.

“We appeal the Centre to protect the Assamese language, culture and tradition. The Centre should grant the Schedule Tribe (ST) status to 6 communities of the state. We have also appealed the Centre to take strong action against the inflammatory posts on social media,” Assam BJP president Ranjeet Kumar Dass said.