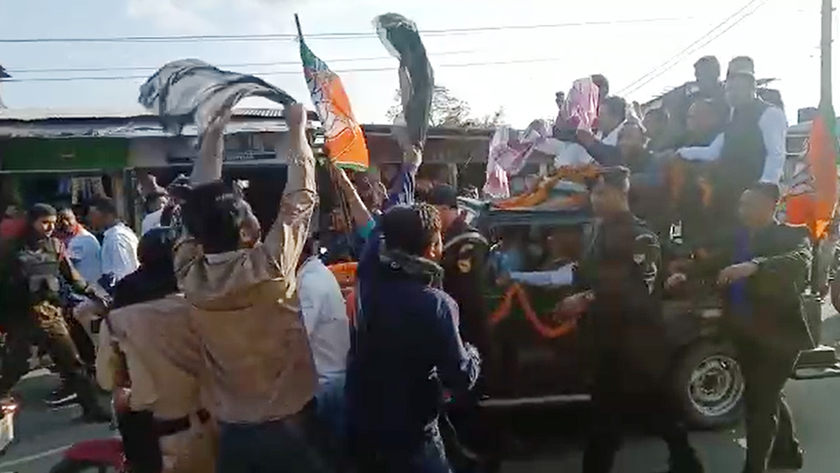 The Golaghat district unit of the All Assam Students’ Union (AASU) and Asom Jatiyatabadi Yuva Chatra Parishad (AJYCP) waved black flags at the state BJP president in protest against the newly enacted law.

“We were staging a democratic protest against the government’s atrocities. We will not accept the contentious Citizenship Amendment Act which jeopardises the existential identity of the greater Assamese community,” Nikunja Medhi said.

It may be mentioned that the Citizenship Amendment Bill was passed by the parliament on December 11th, 2019 and became an Act. The law came into effect on January 10th, 2020.

The Act seeks to grant Indian citizenship to the people belonging to Hindu, Sikh, Jain, Christian, Buddhist and Parsi, who have become victims of religious persecution in Afghanistan, Pakistan and Bangladesh and entered into India on or before December 31st, 2014 and lived without documentation.

Following the passage of the bill, the state witnessed massive protests. Internet services were suspended and the curfew was imposed in 10 districts for 10 days.