In another road mishap, a polling officer who returning home after election duty died after a truck collided head-on with the victim on the national highway. 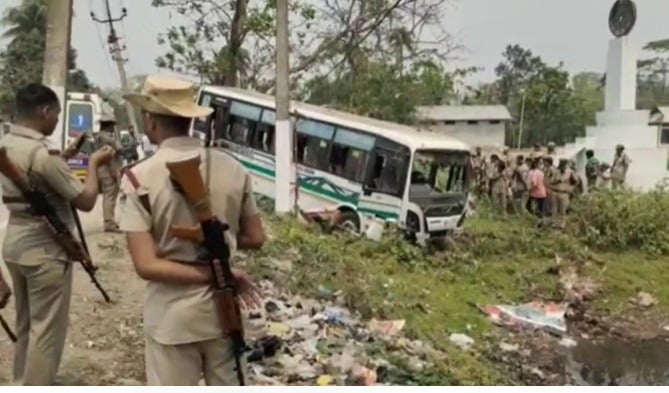 The officials were returning from election duty and were on the way to Alipurduar from Tamulpur. The incident occurred in Rangia Tiniali, where the driver lost control over the vehicle and it fell into a roadside ditch.

Some of the officials were injured during the accident and were taken to the nearby hospital. However, no deaths have been reported so far.

In another road mishap, a polling officer who returning home after election duty died after a truck collided head-on with the victim on the national highway.

The deceased identified as Debajit Choudhury, was returning to his home in Bijni when the accident occurred. He was posted in Bilasipara on election duty.

The police reached the site and sent the body to Bongaigaon Civil Hospital for post mortem report.