Rajen Borthakur should win with a big margin for all the developmental works in the district: Tezpur MLA Brindaban Goswami 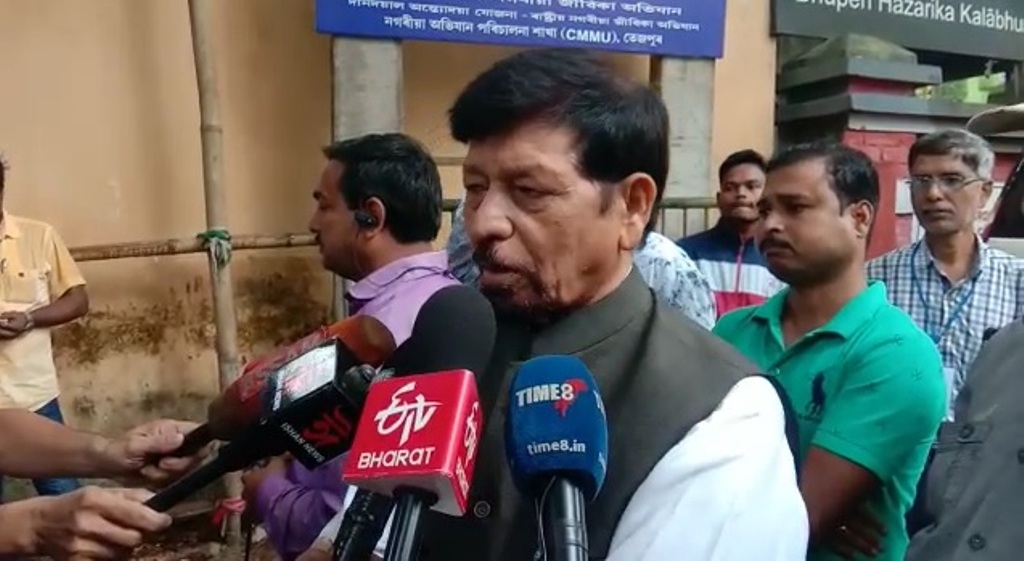 While counting of votes is underway for the four Assam Assembly seats- Rangapara, Sonari, Ratabari and Jania, the incumbent BJP is taking a massive lead in the Rangapara LAC till the counting of the third round of votes.

Tezpur MLA Brindaban Goswami expressed that the BJP candidate Rajen Borthakur should win with a big margin for “all the developmental works” in the district.

“He has been working extensively for various communities and has been personally visiting places for the all-round development of the people. I hope that he wins and we can work together in the coming years,” said Goswami while speaking with the media.

A leader of Asom Gana Parishad and former Education Minister in Government of Assam, Goswami shared that both of them have been working together since they were student leaders and later as political leaders.