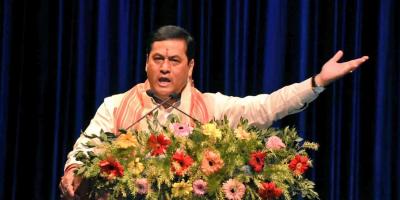 The app will be implemented on the ground by the Assam Agribusiness and Rural Transformation (APART) project which will provide training to farmers and other stakeholders on using the App. The app can be run in Assamese, Hindi and English.

Launching the app in a programme held at Assam Administrative Staff College in the city, Sonowal said that the app would be a new vehicle for boosting agri-business by opening up markets across the country for farmers of Assam to get maximum benefit for their produce.

The newly launched App interconnects online more than 10,000 farmers, 50 farmer producer organizations and 1,000 verified agricultural traders. The App was initially released by the Government of India and has been customized by NIC Assam to suit the requirements of the State.

The chief minister also said that the app would help farmers to emerge strongly in today’s competitive market and prove as a boon to growers of perishable fruits and vegetable as it would lead to a radical reduction in wastage of their produce.

Stating the Prime Minister Narendra Modi since the time of assuming office has been working to double farmer’s income to give them a life of dignity, the chief minister said that central government schemes like PM Kisan Samman Nidhi, Krishi Sinchai Yojana, KCC etc have strengthen agricultural ecosystem in the country and made agriculture a dignified calling.

Speaking on the occasion, Minister of Agriculture, Horticulture and Food Processing Atul Bora said that Kisan Rath App would eliminate the adverse role of middlemen creating new market opportunities for farmers and increasing their bargaining power.