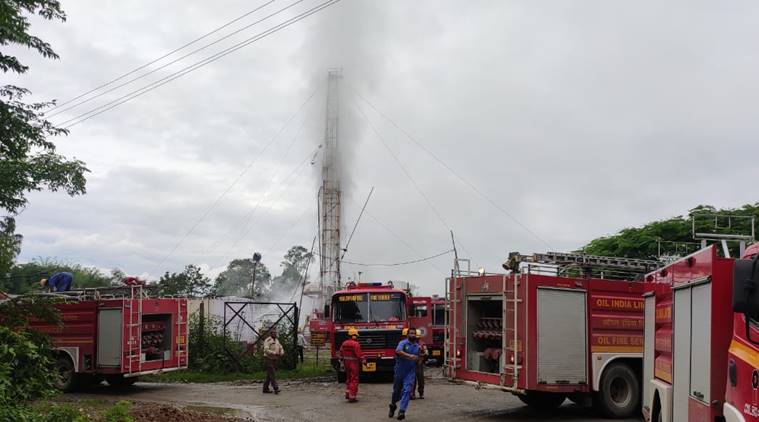 As the state is grappling with yet another crisis amid a spike in coronavirus pandemic and severity of a flood, Chief Minister Sarbananda Sonowal on Tuesday called up Union Minister for Petroleum and Natural Gas Dharmendra Pradhan and requested his help in getting foreign experts in plugging a leak in the well of Oil India Limited at Baghjan leading to spewing of natural gas in the air.

It may be noted that OIL’s Baghjan oil well caused rupture on the morning of May 27 causing spewing of gas into the environment. Though best of the efforts have been put in place by the crisis management team to control the release, gushes of natural gas have been oozing unrelentingly.

Following this, Chief Minister Sonowal called up Union Minister Pradhan, briefed him about the situation and requested him to take up immediate steps like taking the help of foreign experts in stopping the release.

Further, in view of the cascading effect of the incident on the surroundings and the residents in fringe areas, Sonowal also requested the Union Minister for announcing adequate compensation of the victims. Pradhan assured the Chief Minister of taking positive steps including bringing experts from Singapore to plug the leak.

He also informed Sonowal that a Joint Secretary from Union Petroleum Ministry has also been directed to rush to the site to take stock of the situation.