We have adopted land and language policies to safeguard the indigenous people of Assam: Sarbananda Sonowal 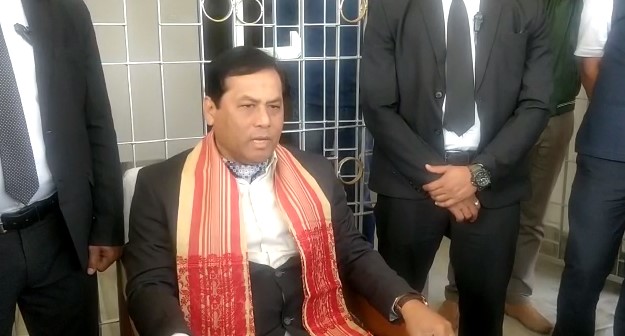 Assam Chief Minister Sarbananda Sonowal on January 16th, 2020 said his government is committed to protecting and upholding the language and literature of the indigenous communities and has taken initiatives for it.

He added, “The indigenous people should not worry as the government is committed to secure their interests. My government will never compromise with the interest of people.”

It may be mentioned, black flags were waved at Sonowal on January 15th, 2020 as soon as he reached Dibrugarh. The All Assam Students’ Union activists waved black flags in protest against Citizenship Amendment Act (CAA) while he was on the way to his hometown Chabua to celebrate Bihu.

The protesters also raised anti-CAA and anti-BJP slogans as they rushed towards his convoy in Mohanbari Tiniali area.

Protests against CAA have been taking place on in Assam for over a month. As per the CAA, the members of Hindu, Sikh, Buddhist, Jain, Parsi and Christian communities who have entered India from Pakistan, Bangladesh and Afghanistan till December 31st, 2014 facing religious persecution there will not be treated as illegal immigrants but given Indian citizenship.

The critics say that the CAA violates the Assam Accord and is against the basic tenets of the country’s constitution.