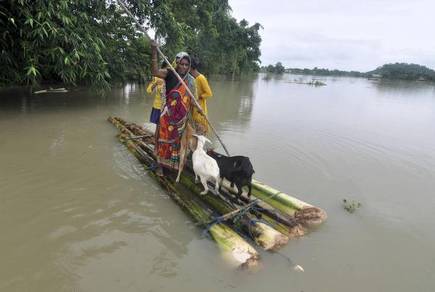 After the five deaths – one at Morigaon district, two at Barpeta district and another at Kokrajhar district, the total death in flood till Sunday was 102.

However, the overall flood situation turned down on Sunday as the number of affected districts went down to 23 from the previous 26.

So far, the devastating flood has affected 24,76,431 population of the state for which the state government has established 269 relief camps and 188 relief distribution centres. Altogether, 45,912 inmates have been sheltered in the relief camps established across the state. The flood has fully damaged 748 houses besides partially damaging 121houses in various districts.