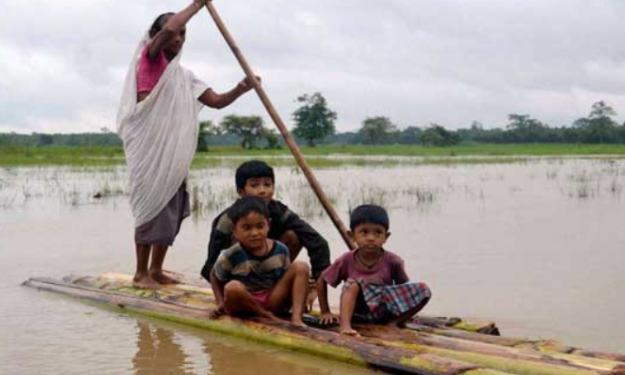 GUWAHATI: With one more death recorded on Saturday at Mayong in Morigaon district, Assam has lost 97 human lives altogether in the floods till July 25.

The overall flood situation turned worrisome even on Saturday as the number of affected districts went up to 27 from the previous 26.

So far, the devastating flood has affected 26,37,513 population of the state for which the state government has established 294 relief camps and 270 relief distribution centres. Altogether, 47,772 inmates have been sheltered in the relief camps established across the state.

The flood has fully damaged 748 houses besides partially damaging 724 houses in various districts.