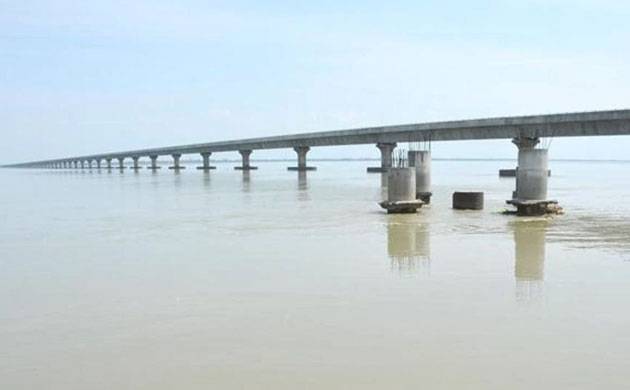 GUWAHATI: The River Brahmaputra was still flowing above danger level till Thursday at Neematighat in Jorhat and Dhubri districts. However, water levels were receding in most of the tributaries of the Brahmaputra across the state that showed a little improvement of the overall flood situation in Assam.

Accordingly, the number of districts too was reduced from yesterday’s 15 to 10 on Thursday. The ten flood-affected districts were – Dhemaji, Baksa, Chirang, Bongaingaon, Kokrajhar, Goalpara, Kamrup, Kamrup Metro, Morigaon and Nagaon.

According to the Assam State Disaster Management Authority (ASDMA) daily bulletin issued on Thursday, 84,138 populations of 177 villages located under 13 revenue circles of the state were affected by the flood on Thursday.

As many as 514 people were sheltered in 6 relief camps established in various districts of the state.

According to the Kaziranga National Park and Tiger Reserve, the flood has also claimed 153 wild animals.