Dulu Gogoi suffered a stroke caused by blood pressure on Monday morning and was admitted to the Sanjivani Hospital. 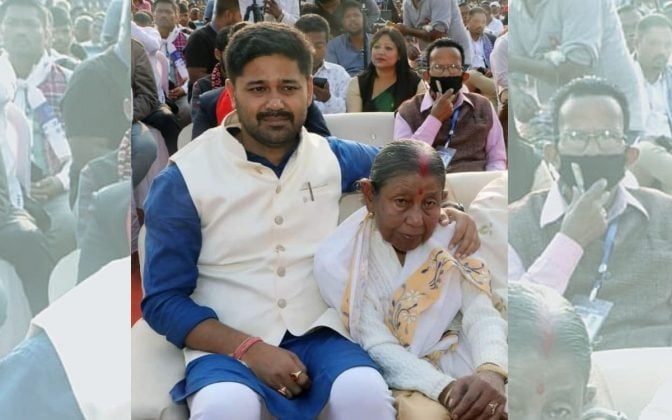 Dulu Gogoi suffered a stroke caused by blood pressure on Monday morning and was admitted to the Sanjivani Hospital.

She was put on ventilator support and breathed her last at 10:45 pm.

Taking to Twitter he wrote, “Saddened to learn of the demise of Dulu Gogoi, mother of Shri @lurinjtgogoi. In this hour of grief, I offer my deepest condolences to Lurinjyoti and his family and prayers for peace of the departed soul. Om Shanti.”

Assam Jatiya Parishad in an official statement has also expressed their deep grief over the death of Dulu Gogoi. The party said it not just an irreparable loss to the life of President Lurinjyoti Gogoi, but also a tragedy for all of the party workers.