Acting on a special input, police seized 300 g of heroin conceal in soap boxes at Manja in Karbi Anglong district on Thursday afternoon. 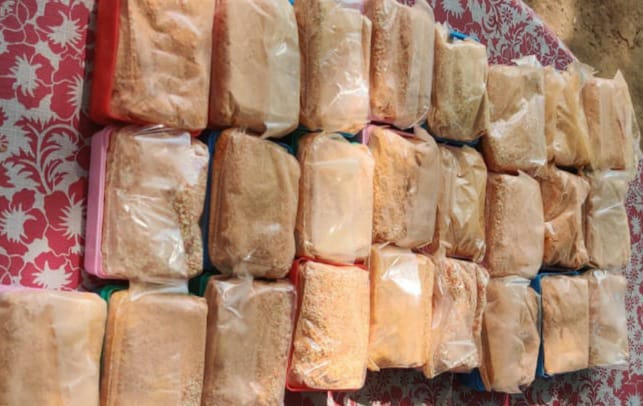 The police recovered the drugs when a suspected truck was checked at a special ‘naka’ set up on the received inputs.

The accused Alam Miya (37), driver of the truck, a resident of Sokirbhita in Barpeta district, was arrested and taken for interrogation.

A case in this connection has been registered with Manja Police station.