Recently, Sarma informed the state assembly that there have been some 53 incidents of encroachments from Meghalaya inside Assam territory 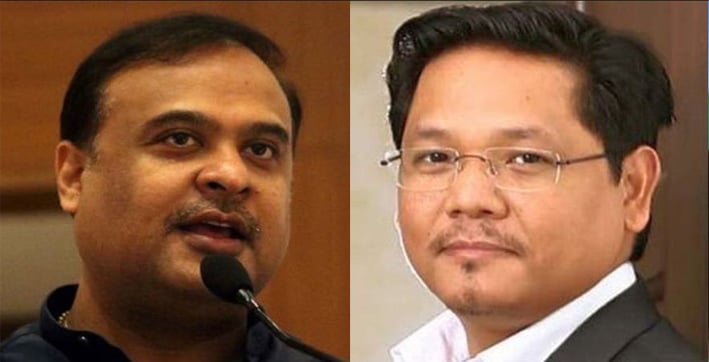 The meeting was scheduled a day before the visit of Union Home Minister Amit Shah to Meghalaya on July 24.

Meghalaya chief minister Sangma on Monday informed that Sarma will be in Shillong on July 23 and the two chief ministers are likely to hold talks on the boundary issue.

Earlier, the duo met in Guwahati on July 17 and discussed the matter and decided to reach an amicable solution to the contentious issue.

Sources said that in the upcoming meeting, both sides will make some presentations. “Following that, another round of meeting is expected to be held in Guwahati where a team of officials from both the states will be present,” said sources in Meghalaya.

Recently, Sarma informed the state assembly that there have been some 53 incidents of encroachments from Meghalaya inside Assam territory, including 40 in West Karbi Anglong District, and 13 in Kamrup District.

Any idea how many ‘Wine shops’ and ‘Bars’ operating in Assam? Read all details

Like it or not? Kamrup Metro admin makes hand-stamp mandatory after COVID-19 tests