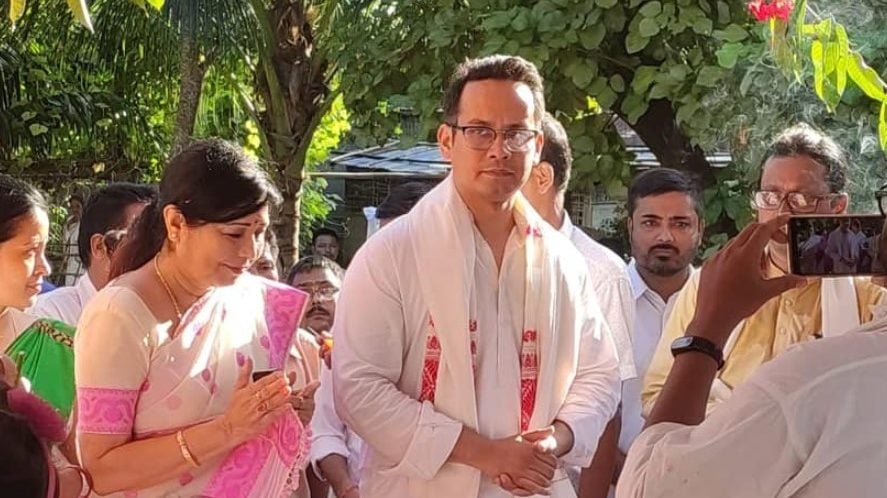 Congress Lok Sabha MP from Assam, Gaurav Gogoi expressed serious concern over reports regarding the alleged merger of the North Eastern Electric Power Corporation Limited (NEEPCO) with other public sector undertakings (PSUs) and said it will affect the people of the Northeast.

He also dashed off a letter to the Union Minister for Power and Coal (Incharge), Raj Kumar Singh, in this regard on October 4th, 2019. Gogoi claimed that after the withdrawal of special category status and dilution of Northeast investment policy, the proposed merger and acquisition of NEEPCO will be another “big blow to Northeast India”. He also alleged that the entire proposed merger process lacks transparency.

“The merger will affect the people of the Northeast significantly. Since 95 per cent of the employees under NEEPCO are from the North-Eastern region, a merger will strip away the employment and other benefits that are offered to the people within the region,” he wrote.

He further pointed out in his letter, “The NEEPCO was established in 1976 under the North Eastern Council, not only to tap into the hydropower potential of the region but also for overall socio-economic development of the region.”

Gogoi further requested the Union Minister to revisit this decision by involving the concerned stakeholders in the decision making. He said that remedial measures must be announced pronounced if such a measure is to be taken.