We will fight for the rights of the genuine Indian citizens till our last breath: Rockybul Hussain 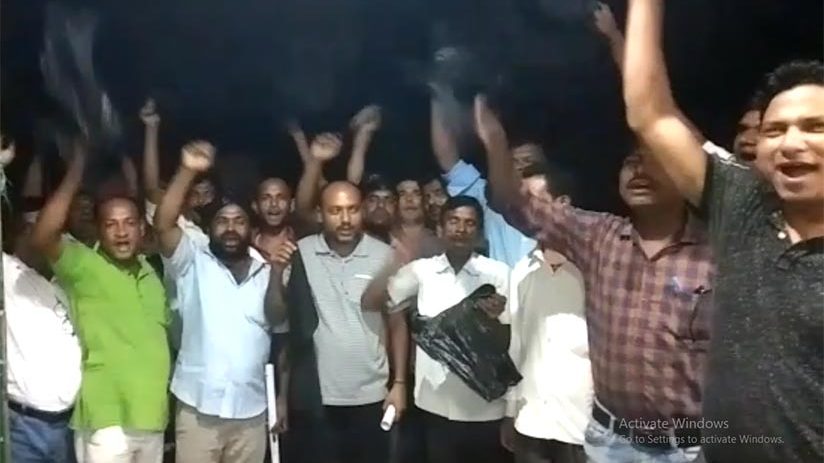 Hundreds of people waved black flags against the Congress’ ‘double standard’ politics on the National Register of Citizens (NRC) at Goroimari in Assam’s Kamrup district on September 21st, 2019.

“Former Assam Chief Minister Tarun Gogoi said that the final NRC list is a waste paper and on contrary to that, the state Congress president Ripun Bora said they would help the excluded people from the final list. Congress is playing a double standard role in the matter,” one of the protesters said.

Speaking about the public meeting held by the Congress to meet and help the left-out people from the final NRC list at Kalatoli in Kamrup on September 21st, 2019, the protesters questioned, “How did they dare to hold a meeting to help the excluded people from the minority area? Congress should not indulge in cheap politics.”

Addressing the gathering at Kalatoli, the Congress MLA from Samaguri, Rockybul Hussain said, “We will fight for the rights of the genuine Indian citizens till our last breath. Names of each and every individual, who entered India before March 25th, 1971, must be included in the final list.”

Meanwhile, Bora, who was also present in the meeting, said, “The Congress will fight in the Foreigners Tribunals (FTs) and politically in the Parliament and the Assembly for the inclusion of the genuine Indian citizens. The Bharatiya Janata Party will not be allowed to succeed in their cheap politics.” He also informed that the party would move the Supreme Court seeking re-verification of the final list.

It may be mentioned that on September 14th, 2019, the Assam Congress started a campaign from Tinsukia district to sensitize the people excluded from the NRC so that they can make an appeal at the FTs to prove their citizenship.