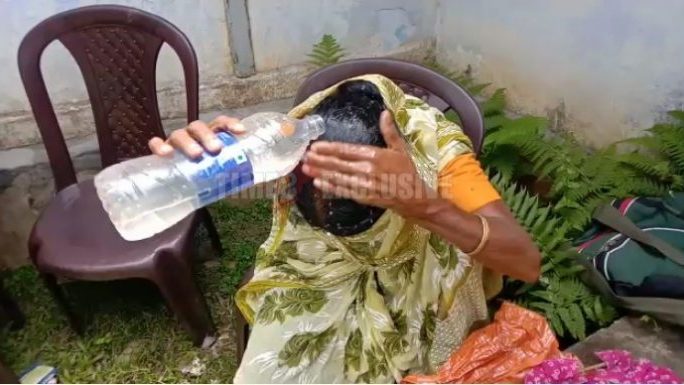 The tension among the people who received fresh re-verification notices is palpable. Thousands of people in several districts of Lower Assam have received fresh hearing notices for their National Register of Citizens (NRC) credentials.

A section of people from Barpeta and Kamrup district who were served with re-verification hearing notices by the NRC authorities has alleged of “harassment and torture”.

“Appearing for the re-verification hearing in such a short notice period is a torturous process. We had to stand under the scorching sun without drinking water for hours. Moreso, there is no toilet facility in the hearing centre,” said a resident of Boko in Kamrup.

As per informational available, fresh notices have been served to people from Kamrup, Goalpara, Barpeta, Baksa, Chirang, Bongaigaon and Nalbari districts in Lower Assam. They were instructed to attend hearings within 24 hours in Upper Assam districts such as Golaghat, Sivasagar, Chairaideo and Jorhat.

However, the All Assam Minority Students’ Union (AAMSU) on August 6th, 2019 came to the rescue of the people and distributed food items and drinking water among them.

“The people should have been given a notice of 15 days to appear for the re-verification hearing. Besides, the authorities should have made provision for at least some snacks and drinking water. This is unnecessary harassment for the poor people,” said AAMSU workers.

It may be mentioned here that a bus carrying at least 52 people travelling towards Golaghat district for the NRC hearing met with an accident near the 9th-mile area in the outskirts of Guwahati on August 4th, 2019. Over 20 passengers were seriously injured and two died in the accident.