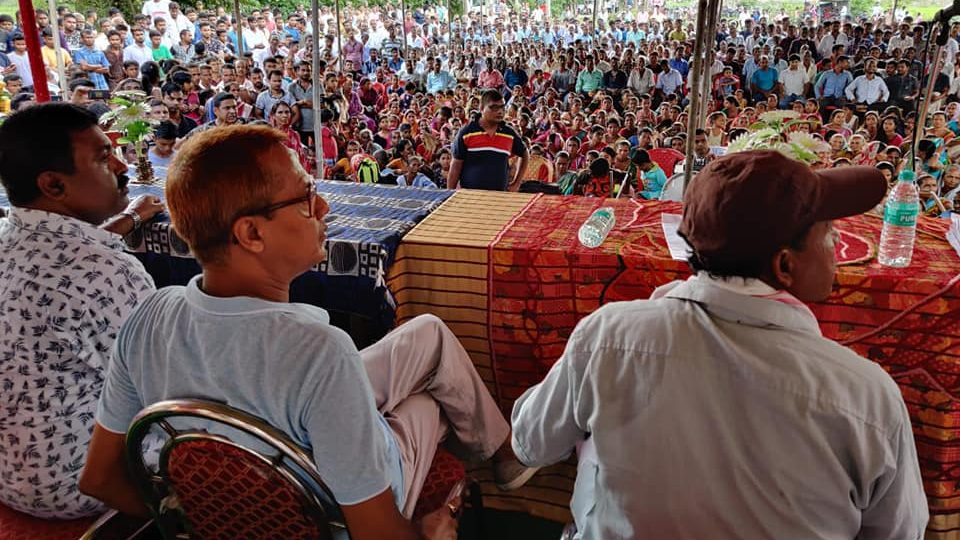 Bharatiya Janata Pary(BJP) legislator of Hojai constituency, Shiladitya Dev reiterating his resentment over the final publication of the National Register of Citizens(NRC) stroke another controversy by alleging that the Supreme Court of India is functioning in a “corrupt way”.

“The Supreme Court is doing massive corruption in the name of NRC. The apex court didn’t take the Centre and the State into confidence. In a way it has killed the very essence of democracy by vesting all the powers on the state coordinator Prateek Hajela during the updation exercise,” the BJP MLA said.

A total of 3,11,21,004 crore people made it to the final list leaving out 19,06,657 persons including those who did not submit claims. Just after the publication of the final version of NRC on August 31st, 2019, activists, opposition parties including the ruling BJP in Assam expressed dissatisfaction over the final exclusion figure and said there is scope for its review in the Supreme Court.

Dev who was addressing the public at an awareness meet on NRC at Baksa district on September 22nd, 2019 also said, “Hindu Bengalis have never done anything ‘Anti-Assam’. Unlike Muslim Bengalis, the Hindu Bengalis have not encroached the lands of Satras including other illicit activities,”.

It may be mentioned that the process of NRC Update was started in Assam as per the order of the Supreme Court of India in 2013. Since then, the Apex Court has been closely monitoring the entire process. The process of NRC update in Assam differs from the rest of the country and is governed by Rule 4A and the corresponding Schedule of the Citizenship (Registration of Citizens and Issue of National Identity Cards) Rules, 2003. These rules have been framed as per the cut-off date of March 24th,(Midnight), 1971 decided as per Assam Accord.

While hitting out at the All Assam Students’ Union(AASU) for “targetting” the Hindu immigrants, the BJP MLA said, “NRC is not a protective shield for the Indians, rather it is the mouthpiece of Bangladeshi Muslims. Presently, many people are being bullied in the state in the name of NRC,”.