Curfew imposed on Dec 11 in Guwahati was extended till indefinite period, amid violent protests against the Bill 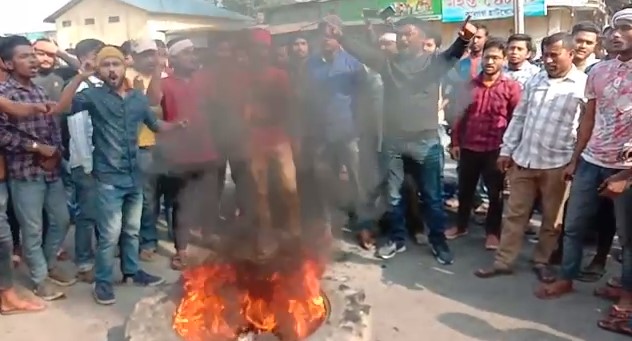 In an effort to control the violent protests underway across the state against the Citizenship (Amendment) Bill, 2019, the Assam government has extended the shutdown of mobile Internet services for the next 48 hours in 10 districts of the state.

The State government decided to impose an internet blackout in 10 districts of Assam for 24 hours, starting at 7 pm on December 11th, 2019 as protesters clashed with police and set the streets on fire.

In an official notification, the Assam government said that a prohibition on mobile data and internet services were being suspended for next 24 hours, starting from 7 pm, “in order to prevent the misuse of the media to disturb the peace and tranquillity of the state and maintaining the law and order”. The districts where internet services were suspended are: Lakhimpur, Dhemaji, Tinsukia, Dibrugarh, Charaideo, Sivasagar, Jorhat, Golaghat, Kamrup (Metro) and Kamrup districts.

In Guwahati, tens of thousands of students took to the streets, broke police barricades, and lit bonfires on the roads in protest against the Bill, prompting the administration to deploy the army in the evening hours. Police used water cannons, fired teargas shells and baton-charged protesters, who fought back.

The agitators said that the Bill, which proposes to give citizenship to Hindus, Christians, Parsis, Jains, Buddhists, and Sikhs facing religious persecution in Pakistan, Bangladesh, and Afghanistan, is against the spirit of secularism and violate the Assam Accord.